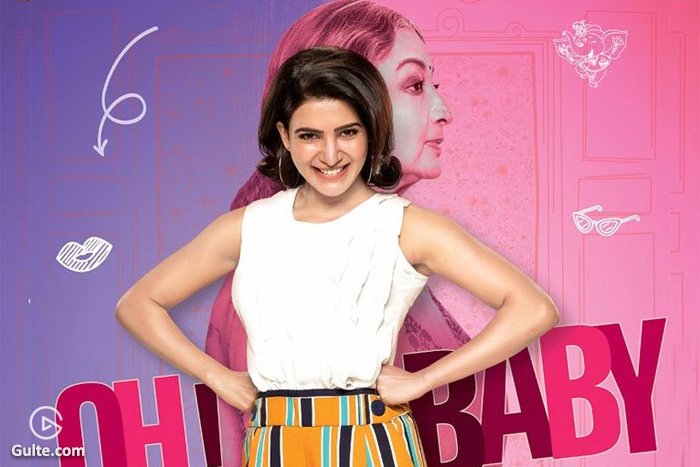 Finally, the much awaited poster of Samantha’s Oh Baby got released. Though there were reports recently that SureshBabu is not happy with the final product, it looks like this poster release cleared all the air over such rumours.

For people who know the story, Samantha actually plays the younger version of that 80-year-old grandma played by senior actress Lakshmi. Due to some ‘science fiction’ magic, the granny Lakshmi turns to young lady, played by Samantha. However it would have been a super stunner if Samantha would have played both the roles, isn’t it?

If Samantha would have dared some prosthetic makeup like a Kamal Haasan in Bharateeyudu to do that granny role, surely she would have walked away with all the honours. But somehow, it looks like both Samantha and her producers haven’t got convinced with such thought.

Directed by Nandini Reddy, Oh Baby is an official remake of the Korean movie Miss Granny. The original film is also having two actresses playing the role of 74-year-old and the 20-year-old, maybe Samantha followed the same.