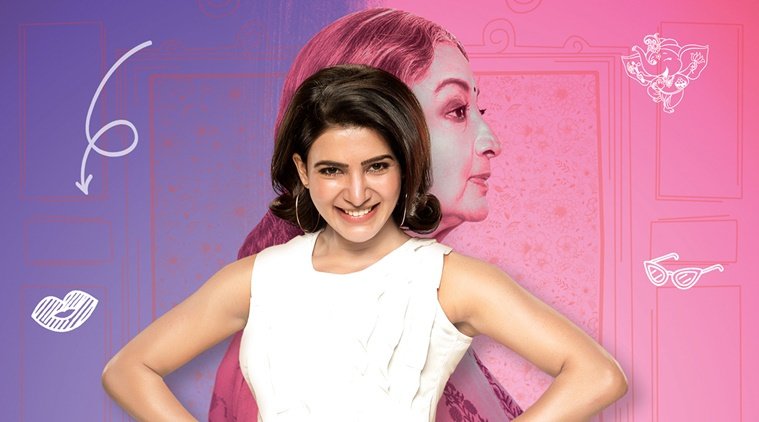 Samantha Akkineni, who was recently seen alongside her husband Naga Chaitanya in Majili, is all set to entertain the audience once again with Oh! Baby. The first look of Samantha from the movie was unveiled on Tuesday by the production house Suresh Productions, which celebrates 55 years in the film industry today.

Samantha Akkineni too took to Twitter to share her first look from Oh! Baby. Sharing the photo, Samantha wrote, “Congratulations to Suresh Productions on completing the 55 years of an absolutely legendary journey. I’m very happy to be part of their next. Here’s introducing you all to Swathi from Oh Baby. Nandini Reddy enjoyment mamulga undadu.”

Directed by BV Nandini Reddy, Oh! Baby is the remake of South Korean drama Miss Granny. The film, which revolves around an old woman who turns into a young lady, is presently in the post-production phase. Oh! Baby also stars Lakshmi, Rao Ramesh, Naga Shourya and Rajendra Prasad among others.

On the work front, Samantha Akkineni will be next seen in a special appearance in Nagarjuna starrer Manmadhudu 2.