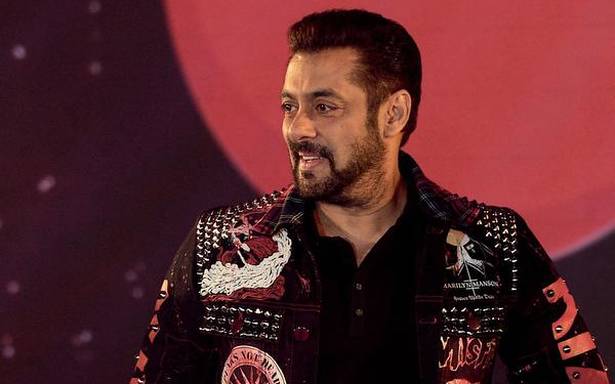 Ahead of the release of Hindi film ‘Antim: The Final Truth’, actor Salman Khan talks about how the next generation of actors must do a lot of hard work to attain stardom in India’s cinema industry

Superstar Salman Khan says the era of stars would never come to an end in the film industry but the new generation of actors need to work hard as they won’t be “handed over” the title on a platter.

Salman, along with his contemporaries like Aamir Khan, Shah Rukh Khan, Akshay Kumar and Ajay Devgn, has remained one of the biggest stars since the ’90s and continues to dominate the box office.

The 55-year-old actor believes younger actors will have to put in as much effort to be called superstars as they do to retain the title.

"Even I’ve been hearing that ‘stars ka zamana khatam ho gaya hai’ (the era of stars is over). Since four generations I’ve been hearing, ‘This is the last generation of stars…’ But we won’t leave it for the younger generation to take it easily, we won’t hand it over to the them. They have to work hard, like we are doing at the age of 50-plus,” Salman said in a group interview.

The actor, who enjoys a loyal fan base, said stardom is a result of the right “package” which involves not only film choices but also one’s personality.

Salman said new actors will also have things working for them as the stardom that he enjoys won’t ever be restricted to him.“Era of superstars will never fade. We will go, someone else will come up. I don’t think the era of stars will go, it’ll always be there. But it depends on a lot of things… Selection of movies, what you are in real life. It’s a whole package. The younger generation will surely have their superstardom.”

The actor is currently gearing up for the release of his latest film, Antim: The Final Truth, which features him as a Sikh cop.

Directed by Mahesh Manjrekar, the action thriller also stars Aayush Sharma, Salman’s brother-in-law, as a gangster. The film is scheduled to release theatrically on November 26, but when cinema halls in Maharashtra were shut following the second wave of the pandemic, there were reports that the makers were considering to premiere the movie on a streaming platform.

Salman, however, said when the discussion around the uncertainty of the theatrical release of films was picking up steam, he never panicked.

“It never worried me. I knew that they would be shut for sometime, but once vaccination is done… Then people will start going back to the theatres. I don’t think cinema can take OTTs place or OTT can take cinema’s place. You can watch films at home in your comfort but there’s no fun watching films on a small screen. There’s no experience like that of watching a film on the big screen,” he added.

Remake of the 2018 hit Marathi crime drama Mulshi Pattern, Antim is billed as a tale of two powerful men with polar opposite ideologies; one a cop and the other a gangster.

11/23/2021 TV & Movies Comments Off on Salman Khan: Younger generation has to work hard for stardom, we won’t hand it to them
India