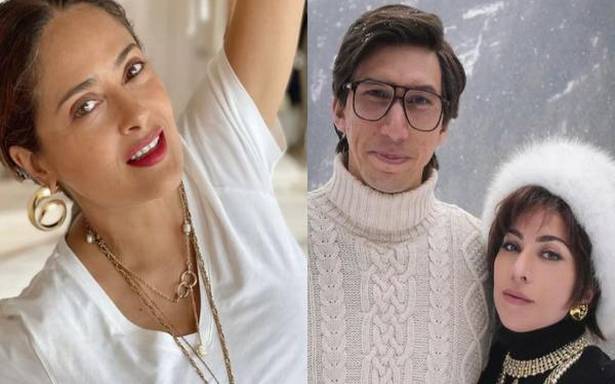 Salma Hayek is the latest A-lister in the cast of veteran filmmaker Ridley Scott’s “House of Gucci”.

The much-awaited movie will feature pop star Lady Gaga as Patrizia Reggiani, the ex-wife of Guccio Gucci’s grandson Maurizio Gucci (to be played by Adam Driver).

Reggiani was abandoned after 12 years of marriage by Maurizio Gucci in 1985 for a younger woman. She was tried and convicted of orchestrating her ex-husband’s assassination on the steps of his office in Italy in 1995.

She got the nickname the Black Widow during the trial and served 18 years before being released from prison in 2016.

Hayek will essay the role of Pina Auriemma, who was a clairvoyant friend of Reggiani, reported Deadline.

“So happy to have my good buddy Salma join our wonderful cast. I’ve been talking with her about this Gucci project for 20 years. Now it’s happening and she is a part of it. Rid and I are thrilled,” producer Giannina Scott said.

The MGM film has script by writer Roberto Bentivegna. It will be produced by Ridley and Giannina Scott’s Scott Free Productions banner.

Hayek most recently featured in Amazon movie “Bliss” and will next be seen in Lionsgate’s “The Hitman’s Wife’s Bodyguard”. She will also star in Marvel Studios’ upcoming tentpole “The Eternals”.