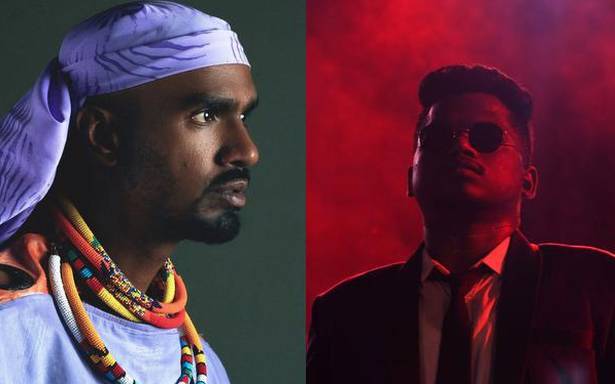 The ‘Neeye Oli’ rapper has spoken out about the controversy regarding the recent magazine cover that he was a part of, and the motive behind the feature

Canadian Tamil rapper Shan Vincent de Paul, of Neeye Oli fame from Pa. Ranjith’s Sarpatta Parambarai, has spoken out about the controversy regarding the recent Rolling Stone India issue that he was a part of.

Shan features on the cover of the latest August 2021 edition along with singer Dhee (on the back of her success for Enjoy Enjaami). However, the absence of rapper-lyricist Arivu, who played a prominent role in the making of both songs, from the magazine cover, has led to a public outcry on social media. Arivu wrote and sung for Enjoy Enjaami, and was the lyricist for the Tamil portions of Neeye Oli. Santhosh Narayanan was the composer for both the films.

Sarpatta Parambarai filmmaker Pa. Ranjith himself posted about the issue, calling out Rolling Stone and music platform Maajja for sidelining Arivu, writing “@TherukuralArivu, the lyricist of #Neeyaoli and singer as well as lyricist of #enjoyenjami has once again been invisiblised. @RollingStoneIN and @joinmaajja is it so difficult to understand that the lyrics of both songs challenges this erasure of public acknowledgement?”

The backlash has continued for the last few days, with several other celebrities and actors also questioning Rolling Stone’s ‘erasure’ of Arivu from the cover of the feature.

Now, responding to the controversy, Shan Vincent de Paul has released a statement on social media, where he addresses both Arivu and Pa. Ranjith, and explains the motive behind the magazine feature.

The Jaffna-born rapper-songwriter promised his support to Arivu forever, and added that he would love to continue their discussion regarding this issue: “To Arivu, I will forever support you and stand behind your quest for representation, not just in this moment, but continuously. You are an inspiration to so many, and it shows. We are both defying odds and calling for representation for our communities, and industry politics and the media can’t stop us from uniting to support each other. It is without question how important your contribution is to the culture and the songs you help write. I would never attempt to discredit or take away from your hard work. I know how difficult it is to come up in this industry. I would love to continue a discussion about this entire situation; I look forward to connecting and continuing to support your rise.”

However, Shan states that director Pa. Ranjith’s tweet has created a lot of bitterness and divide in the Tamil music community, and has scapegoated under-represented artists.

He writes, “My biggest issue is Ranjith’s tweet and the vitriolic responses it has generated. In his righteous demand for representation for his community, he irresponsibly fueled the fire of divide amongst Tamil Artists. His tweet was recklessly broadcast to over a million followers with no reference to the actual article. There was no contest as to why I’m on the cover and Arivu is not, yet he chose this moment to create his own narrative. In his tweet, he credited Arivu as the lyricist of Neeye Oli, leaving me and my contributions unmentioned. I wrote all of my own raps and co-directed and edited the video. Arivu contributed his talent by writing the Tamil parts. It was a collaboration, and the choice to politicise this specific cover instead of calling for Arivu to have HIS OWN cover was inappropriate, and created a divide amongst us that did nothing more than scapegoat other under-represented and hard-working artists.”

Shan adds, “The media fed into this and continues to perpetuate this false narrative by chasing click-bait headlines. Since his tweet, people have questioned my character, attacked my identity by saying I’m not really Tamil, that Arivu wrote my raps and suggested that I’m undeserving of my success. More importantly, it has created unnecessary friction between two Tamil communities. We don’t need more division among us. Even though I understand Ranjith’s calls for justice and representation, I refuse to be a pawn in anyone’s political agenda.”

The singer also explained about why it was only him and Dhee that featured on the cover, “There’s been a misconception that the Rolling Stone India cover was based on Enjoy Enjaami and Neeye Oli (because of Rolling Stone’s initial tweet) – IT IS NOT. I am promoting my album Made in Jaffna that I’ve been working on for five years and releasing it with maajja. That was the pitch for me being on the cover. I wanted to promote Made in Jaffna and represent the Eelam Tamil community.”

“Dhee also has her debut English album that she has been working on for quite some time, so we will be the first independent albums on Maajja. This cover represents our debut releases on the platform. Because that one Rolling Stone tweet only mentions the songs, it made it seem like Arivu was left out. And if the cover was about those songs, that would be true and the anger would be justified. Arivu’s contributions to Enjoy Enjaami and Neeye Oli are undeniable, which can be read in the actual article, However, the cover is not about those songs, it is about the first two maajja albums that myself and Shee are releasing soon. When Arivu, Navz and all of the amazing other artists on maajja prepare to release their albums, I know that they will be phenomenal and am sure majja and Rolling Stone India will promote them as well.”

He added that he has no control over how the press chooses their messaging, and that there is enough room for all artists to shine and tell their story. “Nobody should be excluded for their contributions, and I’m disappointed in how this has all unfolded. I’m looking forward to Arivu’s album, to Nav’z album, and to experiencing the work of the several other talented artists on Maajja. We’re all in this together, and our future is bright,” Shan concluded.