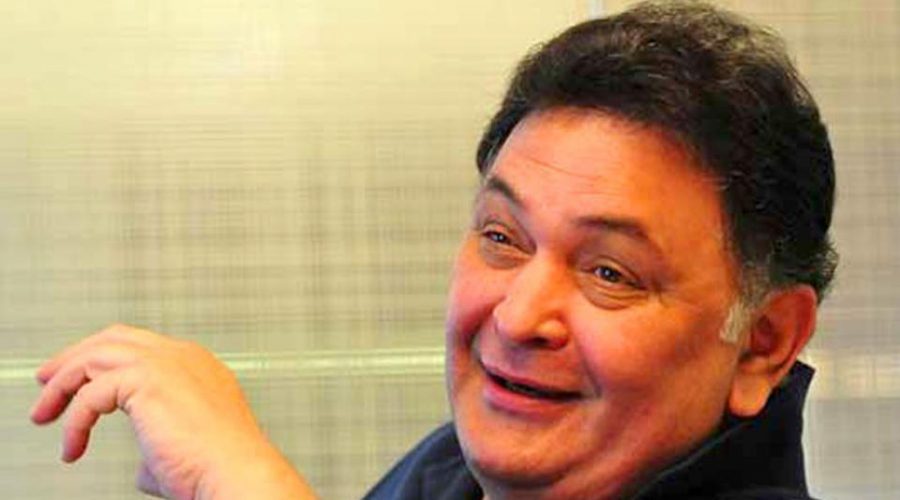 Most Bollywood celebs shared wishes for their fans and their own pictures from Durga puja and Dussehra celebrations on Tuesday. Actor Rishi Kapoor, however, gave a twist to the festival in his own distinct style. Many devotees perform ‘shashtra puja’ on the Vijaya Dashami, wherein they clean and worship weapons. Rishi also posted a picture of his ‘shashtra puja’ and it is hilarious.

Rishi went for an Italian holiday recently with wife Neetu and she posted a few pictures from there.

Rishi came back to India only recently – after spending 11 months in the US where he had been stationed for the treatment of cancer. Son Ranbir Kapoor and his girlfriend Alia had paid them regular visits as did several Bollywood celebrities through those months. Rishi was given a grand welcome on his return to Mumbai and Neetu had shared a glimpse of a huge balloon with the words, “Welcome Home Dad” written on it. His kids, along with Alia Bhatt, also celebrated his return and hosted a party, which also marked Ranbir’s birthday.

Talking about fighting and winning over the disease, Rishi had said recently, “A lot of credit goes to my wife Neetu who has been there as rock all through my medical wants and procedures. It’s been very time consuming. It would have been a different scenario if I was in India. My home is there, my family is there. But it’s a tough situation because you’re not home, you are in a different territory. But it has been dealt with. Not that we couldn’t have dealt with it in India but I had a certain problem that could only be dealt with here.”