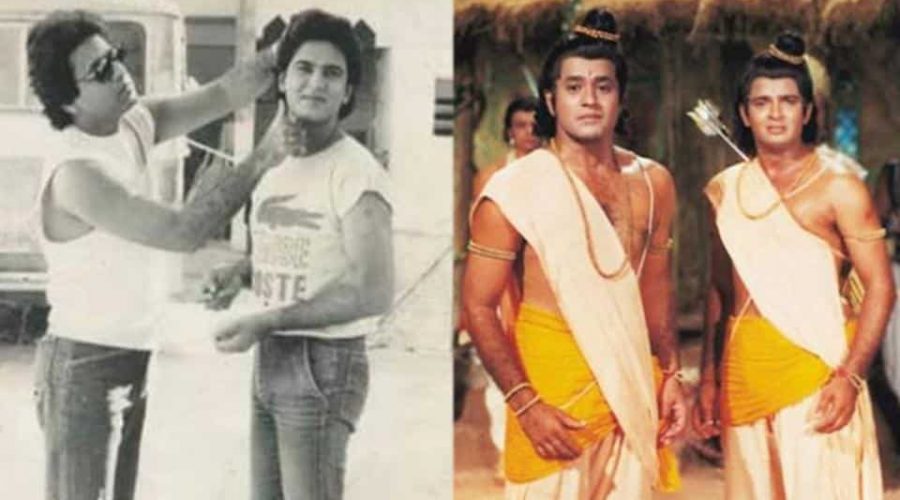 Sunil Lahri, better known as Lakshman from Ramanand Sagar’s Ramayan, has shared a rare behind-the-scene picture from the shoot in the 80s. The picture shows Sunil and Arun Govil, who played Ram on the show, in a candid mood.

Sunil has been sharing interesting trivia from the making of the show ever since it aired again on DD National during lockdown. Sharing the challenges of shooting for the war scenes, he had told Hindustan Times in an informal chat, “We were not facing the enemy but had to imagine them and fight. We were fighting a war against the chroma most of the time. The opposite parties – the Raavan sena or Meghnath sena were rarely over there.”

He added, “Arrows have sharp edges at the end and we used to shoot them, it used to leave cut marks on our hands. We had to be very careful while shooting the arrows, it was very challenging. Ramanand Sagar’s direction and the narration we received, it kept us motivated. I think we did a good job with it.”

Also read: Girija Shankar on playing Dhritrashtra in Mahabharat at age of 28: ‘I trained myself to look straight, was asked to try lenses’

After its successful run on Doordarshan, Ramayan is now being rerun on Star Plus. Union Information and Broadcasting Minister Prakash Javadekar also thanked the family of Ramayan creator Ramanand Sagar for facilitating the re-telecast of the epic production, which gave a chance to the young generation to experience it.