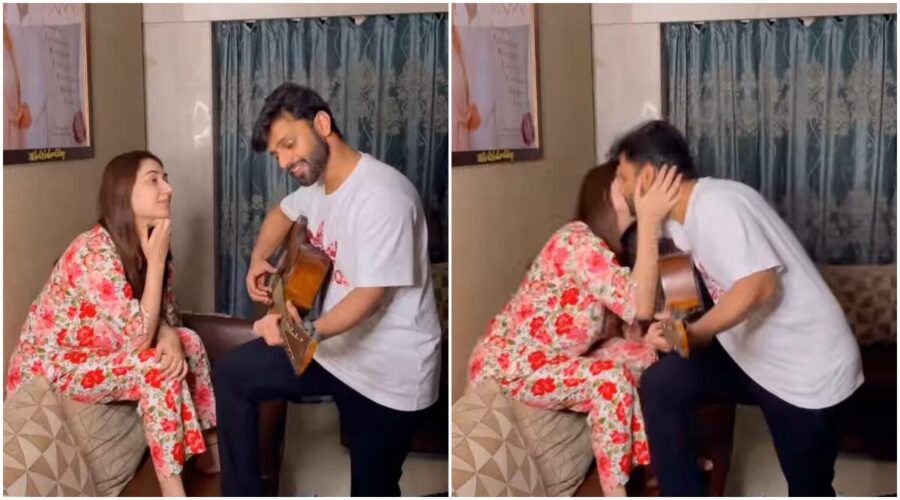 Disha Parmar will appear on the second season of Bade Acchhe Lagte Hain with Nakkul Mehta. The show is produced by Ekta Kapoor. Rahul Vaidya and Disha Parmar are painting the town red with their newlywed romance. Rahul recently sang his rendition of the famous song Bade Ache Lagte Hain for Disha, as it is the name of her new television show. Disha will be paired alongside Nakuul Mehta on the show.

Rahul took to his social media platforms on Saturday and posted a video with the caption, “All the best
@disha11parmar for your new show & I am sure you will ace it with your effortless acting! May the first day of your shoot & all the days after this be a great enjoyable journey for you! ♥️ #badeacchelagtehain2.”

The show will once again deal with how two unlikely people find love and get married. Ekta had earlier shared how she wanted to tell a story about the loneliness among 30 plus urban youth.

Disha and Nakuul will play the new age Ram and Priya in Bade Achhe Lagte Hai 2. This is their second project after Pyaar Ka Dard Hai.

Rahul Vaidya and Disha Parmar tied the knot on July 16 in the presence of their families and friends. Rahul, who realised his love for Disha during his stint on Bigg Boss 14, had popped the question when he was still in the Bigg Boss house, and viewers witnessed Rahul’s love musings about Disha on national television.