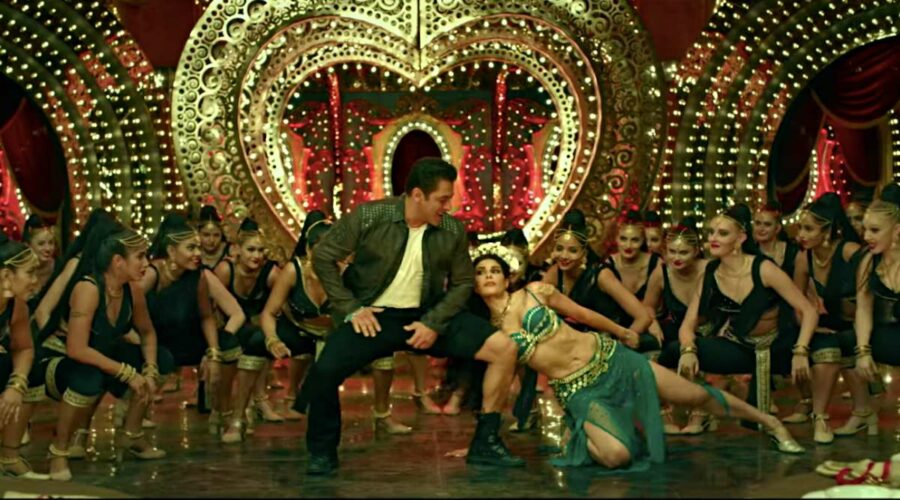 Radhe Your Most Wanted Bhai song titled Dil De Diya features actor Jacqueline Fernandez along with Salman Khan. The film will hit the screens on May 13. After “Seeti Maar”, the second song of Salman Khan starrer Radhe: Your Most Wanted Bhai is out. Titled “Dil De Diya”, the peppy number features actor Jacqueline Fernandez along with Salman and Randeep Hooda. Penned by Shabbir Ahmed, it has been sung by Payal Dev and Kamaal Khan. Himesh Reshammiya has composed the music of the song.

The song has been shot on an elaborate set which gives a retro vibe. Salman and Jacqueline, who have earlier given chartbusters “Jumme Ki Raat” and “Hangover” together, are once again stealing the show with their chemistry. Salman sure seems to be enjoying performing on the upbeat track. Jacqueline has aced her dance moves yet again. We also get to see the glimpses of film’s antagonist Randeep Hooda and his associate, played by Gautam Gulati shaking a leg.

Radhe’s trailer, which was released a few days ago, has received immense love from the fans of Khan. It has Bollywood’s Dabangg Khan doing what he does best: some gravity-defying stunts and ‘dialoguebaazi’ in his peculiar style. Some even found Radhe to be a mix of his earlier films Wanted and Dabangg.

The makers of Radhe have confirmed that the actioner will be the first Indian film to simultaneously release on multiple platforms. It will hit theatres on May 13, while it will also stream on ZEE5’s pay per view platform, ZEEPlex on the same day. It will also be available to watch on DTH services, including Dish TV, D2H, Tata Sky and Airtel Digital TV.