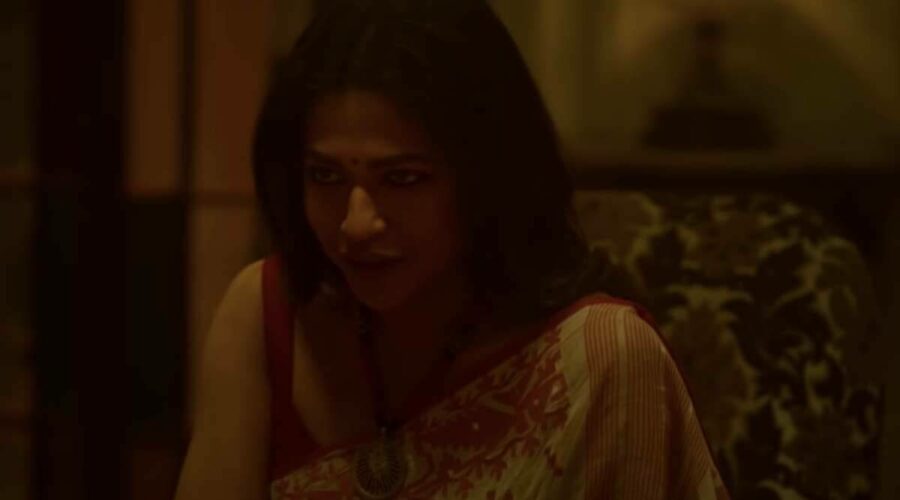 Adapted from Bangladeshi author Mohammad Nazim Uddin’s novel of the same name, Rabindranath Ekhane Kokhono Khete Asenni (REKKA) is a nine-part series that centers on a mysterious owner of a restaurant, where as the name suggests, the bard had never come to eat. Until now the most embarrassing moment for Rahul Bose on screen was a fleeting instance in Zoya Akhtar’s Dil Dhadakne Do where the actor, known for his sombre roles, whistled and danced on a cruise. It occurs briefly but is painful to watch for just how uncomfortable he looks. Srijit Mukherji erases that memory in Rabindranath Ekhane Kokhono Khete Asenni by placing Bose in worse circumstances — first by making him speak in Bengali, which the actor does like he is chewing on rocks, and later giving him a show-stealing scene that entails standing on the balcony of a high-rise, raging with comical vigour while a Rabindranath Tagore song floats in the background. It distills everything Mukherji is known for –derivative aesthetics — and everything he will be known for — incompetent use of Tagore songs.

Adapted from Bangladeshi author Mohammad Nazim Uddin’s novel of the same name, Rabindranath Ekhane Kokhono Khete Asenni (REKKA) is a nine-part series that centers on a restaurant, where as the name suggests, the bard had never come to eat, and its equally intriguing owner. Very little is known about Mushkan Juberi (Azmeri Haque Badhon) except that she lives with a house-help and runs an eatery. People from far and wide come to Sundarpur to eat.

Her almost other-wordly charm enchants patrons, police officers and MLA(s) alike. One day Nirupam Chanda (Bose), a “journalist” comes to the place, seemingly to do a story. But he is more drawn by Mushkan, curious about what unfolds inside her house and not just the restaurant. To know more, he strikes a friendship with local police informer Atar Ali (Anirban Chakraborty in an impressive turn), a man convinced Mushkan is a witch. In between young men from the city go missing. All of them have one thing in common: they were supposed to meet a woman in Sundarpur, the small town situated at the border of India-Bangladesh.

Published in 2015, REKKA was instantly popular. It is easy to see why. Granted it leads with a showy title but Uddin does more. He takes a universally resonating theme — the curious case of an enterprising woman — and turns the preconceived notions about her on its head by proving them true without making them right. The novel is at once a potent critique on how society continues using witchcraft to justify success of women and the lurid way human perversity can intersect with such assumptions. A premise such as this mandates intricate character-building of the female protagonist to shape the perspective without altering the reading.

That Mukherji headlines this adaptation is both unsurprising and a misstep. His interest in female characters is written all over his body of work, noticed more evidently in films like Nirbaak (2014) and Begum Jaan (2017). But that they never translated into anything memorable further speaks of his limitations which, in a series, becomes more difficult to hide. In REKKA, Mushkan is a cliche and a stereotype. The character subscribes to the template of a femme-fatale with such commitment that all we see are tropes. To create intrigue, she smiles mysteriously looking at nowhere even in the middle of the night, establishes her fondness for Tagore by singing his songs all the time. She is created with such wafer-thin imagination that the character emotes in beats of ‘happy’, ‘sad’ like the actor is part of some school play.

This sense of unoriginality pervades the entirety of the series, diluting every turn and every unnecessary sub-plot. The male characters are created as two distinct categories — those who are enchanted and those who are crossed. But for all its shoddiness, the show believes it is too smart for the viewers, the condescension making it more unbearable. Take for instance the interrogation scene between Bose and Badhon, which anyway is rendered limp for how sterile the dialogues are. A simple act that foreshadows the climax is underlined so bluntly that it is impossible to miss the point. But the director is convinced that we have, so in the final episode the Anjan Dutt character tries joining the dots, hinting on the the plausibility of something by citing Umberto Eco’s The Name of The Rose as an example. It is not really a big deal but Mukherji has forever been that excited first-bencher who writes a paragraph for a 2-mark answer, just to show how much he knows.

He, however, is nothing if not audacious. A large part of the series is tied to a historical incident, and it deserves mention only because of how it stands out as such damning evidence of the director’s unremarkable thinking. A plane has crashed and the survivors, with no help in sight, have been driven to cannibalism. It is not the most outrageous of settings (think of Stephen King’s Survivor Type) but the absolute ditziness with which it is done is horrid. Horrid because for the large part of the 30-minute episode, the mediocrity of the filmmaker is at display who is not just credited for resuscitating Bengali cinema but also for planting its flag on the national map.

A good adaptation shows you the merit of the source material; a great adaptation illustrates its possibilities. REKKA being neither upholds what Uddin’s work would have been in more capable hands.

08/16/2021 TV & Movies Comments Off on Rabindranath Ekhane Kokhono Khete Asenni review: Srijit Mukherji mediocre series is as bad as it gets
India