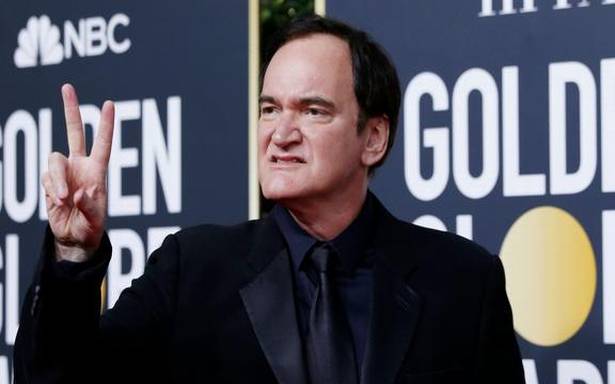 Filmmaker Quentin Tarantino has inked a two-book deal with publishing house HarperCollins, beginning with the novelisation of his most recent hit “Once Upon A Time In Hollywood“.

The book will mark Tarantino’s first work of fiction in print and is set to be published in the summer of 2021, HarperCollins said in a press release.

“Once Upon A Time In Hollywood”, which released worldwide in August 2019, featured a star-studded led by Leonardo DiCaprio, Brad Pitt and Margot Robbie.

The movie was nominated for 10 Academy Awards at the 2020 Oscars, winning Pitt his best supporting actor trophy and best production design for Nancy Haigh and Barbara Ling.

The novel will chart the lives of Tarantino’s protagonists — TV actor Rick Dalton (DiCaprio) and his stunt double Cliff Booth (Pitt) — both forward and backward in time.

“In the seventies movie novelisations were the first adult books I grew up reading. And to this day I have a tremendous amount of affection for the genre. So as a movie-novelisation aficionado, I’m proud to announce ‘Once Upon A Time in Hollywood’ as my contribution to this often marginalised, yet beloved sub-genre in literature,” Tarantino said.

“I’m also thrilled to further explore my characters and their world in a literary endeavour that can (hopefully) sit alongside its cinematic counterpart,” he added.

The book will appear initially as a Harper Perennial mass market paperback, alongside e-book and digital audio editions. A deluxe hardcover edition will follow in late 2021.

The 57-year-old filmmaker’s second book in the series is a work of non-fiction, titled “Cinema Speculation“.

Described as a “deep dive into the movies of the 1970’s”, the book will be a rich mix of essays, reviews, personal writing, and “what if’s”.