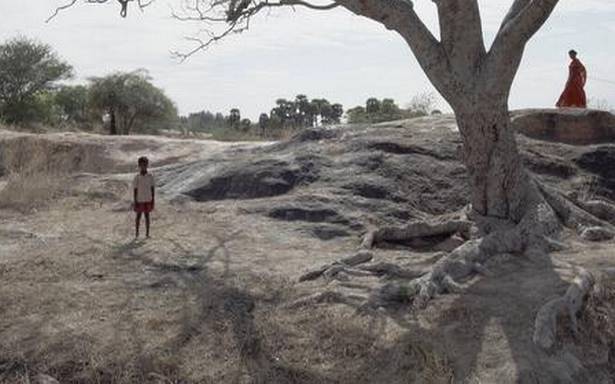 The indie drama, which had its world première at the recently-concluded Rotterdam Film Festival, is being presented by Nayanthara and Vignesh Shivan

Filmmaker PS Vinothraj’s debut feature Koozhangal aka Pebbles has won the prestigious Tiger Award, the top honour at the recently-concluded 50th edition of the International Film Festival Rotterdam 2021. Competing against 16 films that included Landscapes of Resistance, Looking for Verena, Black Medusa and The Edge of Daybreak to name a few, Koozhangal eventually bagged the top honour, making it the first Tamil film and second Indian film after Sanal Kumar Sasidharan’s S Durga.

Presented by Nayanthara and Vignesh Shivan’s Rowdy Pictures, Koozhangal is about the journey of an alcoholic father Ganapathy and his son Velu who are on their way to bring back their wife-mother, who has left the home. Through their eyes, we get an unflinching look at life in a drought-hit village in Madurai.

The jury members, in their report, concluded that the film was a result of “pure cinema”. “In the midst of many admirable and ambitious works, the jury was blown away by a seemingly simple and humble film we fell in love with instantly. Creating a maximum impact with a minimum in means, the filmmaker reaches his goal with the same conviction and determination as his main characters. The result is a lesson in pure cinema, captivating us with its beauty and humour, in spite of its grim subject.”

I Comete – A Corsican Summer by French filmmaker Pascal Tagnati and Looking for Venera by Norika Sefa from Kosovo won Special Jury Awards. The Tiger Award includes a prize of €40,000, which will be split by the filmmaker and producer, while Special Jury Awards has a prize money of €10,000 each.

With inputs from Srivatsan S