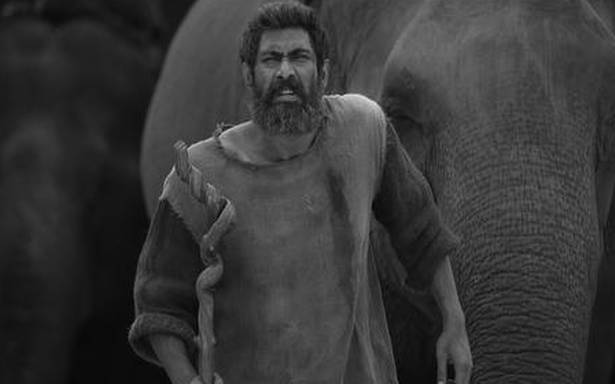 Working with elephants — according to filmmaker Prabhu Solomon — is like “managing babies”. He should know: Kaadan, scheduled for release tomorrow, is the director’s first movie in nearly five years (since Thodari), and it features elephants alongside Rana Daggubati, Shriya Pilgaonkar, Vishnu Vishal and Anant Mahadevan. This is Prabhu’s third film featuring elephants — after Kumki (2012) and its upcoming sequel.

“I used more than 18 elephants in Thailand [to film Kaadan],” says Prabhu, over phone. “Each one had a different attitude, just like humans. If even one had a bad day or gets aggressive, all the elephants would start to trumpet,” he adds.

That was not the only unusual challenge. Since most of Kaadan was to be filmed in the backdrop of a forest, changing seasons meant the filmmaker had to wait for withered leaves to regenerate before resuming work. Thus Kaadan, Prabhu adds, “is a work of patience” and is a journey that took him three years. “It got to a point that I thought I shouldn’t make another film with elephants,” he quips. Edited excerpts:

Why is Kaadan’s story significant for the audience?

Hopefully now, after the pandemic, everybody should realise that if we disturb Nature’s cycle it will impact us. And this applies to every other aspect, not just a virus; forests are the lungs of the world, so if we disturb jungles, then we will suffer. This must be told [on film]. A hero fights for a village, his love and even the society. But who fights for the forests?

[Encroachment] happens everywhere and not just in Coimbatore. Kaadan, specifically, is the story that happened in Kaziranga, Assam (Kaziranga elephant corridor case). That is where my inspiration is from, but there are many places in India where people are building resorts by encroaching forests.

How did you zero in on Rana Daggubati for the role of Bandev?

Bandev is like a grown-up Mowgli, someone who is over six feet tall and when you see him, the person should convince you that he is a man who lives in a forest. He should appear aggressive, bold and someone who takes on the fight single-handedly.In terms of character design, Rana was a perfect fit.

The thing about working with stars is that they have their own images and a brand exists. So if we don’t create something for the brand, then it is criticised. If we go overboard with the brand, then the reality is lost. That confusion is always there. This is why I find it easy working with new faces. I am able to bring out the character I envisioned the way I want to. With Rana, however, I was very clear in my first meeting with him that this role will not reflect stardom at any point. He too surrendered himself to the role.

Mynaa marked a change of track for you in terms of the type of films you make. What changed?

I didn’t want to make clichéd films. Watching films and then making a movie has become a habit for filmmakers. I wanted to change it, hence I went down South Tamil Nadu and interacted with tribal communities. That is how Mynaa and Kumki happened. Kaadan, too, is a similar effort.

What is the status of Kumki 2?

I have finished shooting for it. We are looking at a June 2021 release.

What do you have lined up next?

I made Kaadan for three years but since it is a trilingual, it feels like I’m releasing three films at the same time! But up next, I really want to make a film that doesn’t need green screen and VFX.

03/24/2021 TV & Movies Comments Off on Prabhu Solomon: Rana Daggubati was a perfect fit for ‘Kaadan’
India