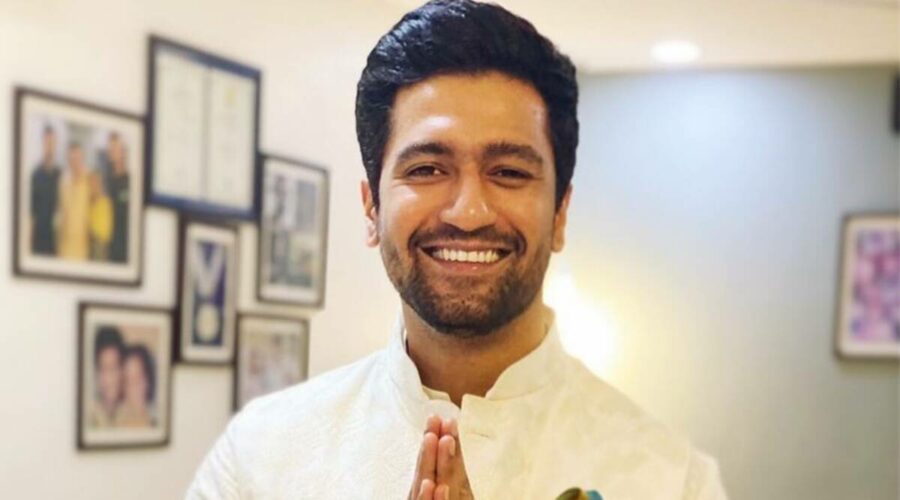 It was recently reported that Vicky Kaushal and Katrina Kaif had an engagement ceremony on Diwali. Vicky and Katrina have stayed mum about the subject. Vicky Kaushal has been bombarded with questions about his wedding with Katrina Kaif for a while now. While Vicky and Katrina have stayed mum about the subject, reports have emerged that the couple might be tying the knot soon. On Wednesday, Vicky was spotted exiting an office with Sara Ali Khan and photographers present at the spot were heard asking the URI actor, “Vicky bhai, shaadi kab hai? (Vicky, when is the wedding?)”

Vicky did not say anything but Sara could not hold her laughter as she looked at him. After posing for photographers, Vicky and Sara proceeded to sit in their cars and left the venue.

It was recently reported that Vicky Kaushal and Katrina Kaif had an engagement ceremony on Diwali as they were spotted at the same location.

Katrina recently told Bollywood Life that reports around her wedding were baseless and upon being asked the reason for such rumours, she told the publication, “That’s a question I have for last 15 years.”

Katrina Kaif was recently seen in Sooryavanshi. The Rohit Shetty directorial has entered the Rs 100 crore club and has seemingly brought the Hindi film audience back to theatres. She will soon be seen in Tiger 3 with Salman Khan and Jee Le Zaraa with Alia Bhatt and Priyanka Chopra. Vicky was recently seen in Sardar Udham. His upcoming projects include Mr Lele and Sam Bahadur.