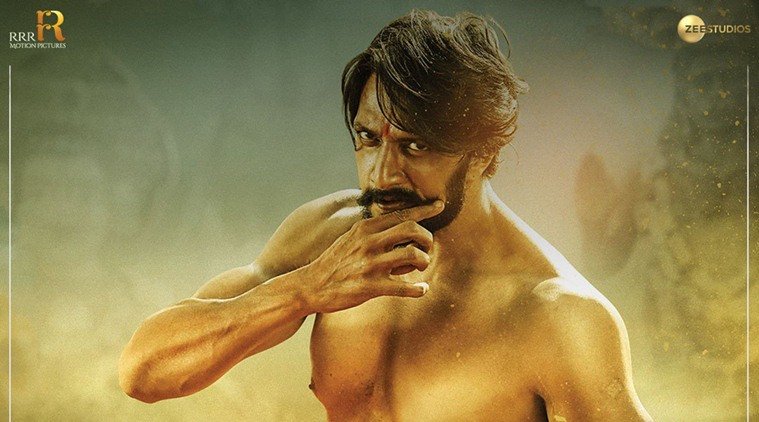 Pailwaan movie review: Sudeep does a lot for the script than the cliche-filled script does for him. 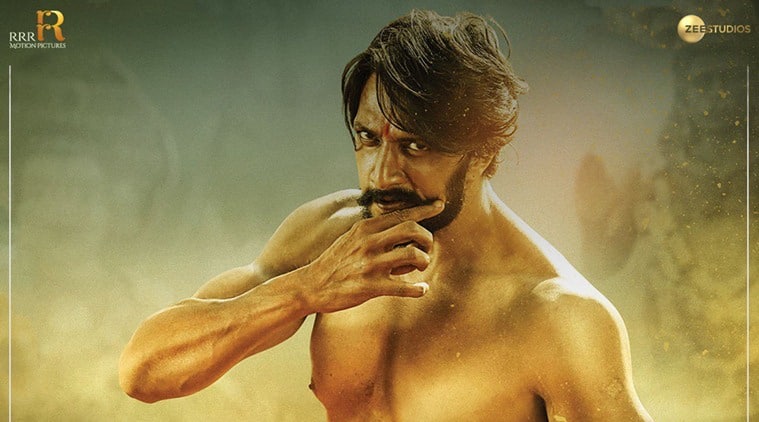 Director S Krishna has good ideas to make larger-than-life commercial films. For example, his previous film Hebbuli, starring Sudeep in the lead role, revolved around a highly-trained commando on a revenge path. A soldier, whose specialty is conducting surgical strikes in the enemy’s territory, is pitted against untrained and urban lowlife criminals. The premise provided the director with enough opportunities to turn in a non-stop action film that could keep the audience on the edge of their seat. But, S Krishna botched it up. He turned it into a hero-worshiping film, where he could not even get Sudeep to move like a commando who conducts covert operation.

I am afraid he has repeated the mistake with his latest film Pailwaan, starring Sudeep in the lead role. What happens when you put a hardcore wrestler into a boxing ring? In the real world, without adequate training, the wrestler might be taken out of the ring on a stretcher. But, in S Krishna’s film, of course, the same wrestler would make professional boxers look like a bunch of amateurs.

The film follows the story of Krishna, an orphan, who fights on the streets for a wager to feed hungry kids. The size of the heart of young Krishna impresses Sarkar (Suniel Shetty), a champion wrestler, so much that he adopts him. And he imparts his wrestling knowledge to Krishna who grows up to become a very formidable champion in the sport. We meet the grown-up Krishna (of course, after a sufficient build-up) working out with mace and weights made of stones, like an ancient Hindu warrior. And then, in slow motion, he walks to the arena, where he is about to wrestle with an opponent who looks much bigger than him. As the contest begins, Kirshna decimates his rival and immediately we slip into the title song, Baaro Pailwaan.

The song is choreographed by Ganesh Acharya with the sole intention of giving Sudeep enough opportunity to flex his newly built muscles. And Sudeep embraces show-off-your-biceps-moves with the enthusiasm of a teenager who achieved his first fitness milestone. There is nothing wrong in that. As the saying goes, if you’ve got it, flaunt it. But, not just the song, the entire 3-hour film feels like an opportunity for Sudeep to flex nothing but the muscles.

Pailwaan is set in north Karnataka districts, where surprisingly, the demonetized Rs 500 notes are still valuable currency. Probably, that is meant to establish the writing and film-making techniques in this film are as obsolete as the banned banknote. Director S Krishna gives a mythological undertone to his protagonist by portraying him as the reincarnation of Krishna, who is born to end the evils of modern times. First, he defeats an evil, megalomaniac wrestler, a descendant of an erstwhile royal family with the delusion of grandeur. Another evil is a successful but arrogant boxer Tony (Kabir Duhan Singh). Given that the bad karma of these bad guys has exceeded their limits, it is now Krishna’s duty to defeat evil and bring back balance into society. While he is at it, he should also endure Agnathavasa, a period in Mahabharata during which Pandavas were forced to live by concealing their true identity in exile.

S Krishna seems to have written this film before demonetisation and the #MeToo movement as his writing has not been affected by two of these historic events. The role of the heroine, played by Aakanksha Singh, is poorly written. The character is just reduced to the hero’s arm candy who does not merit standing of her own. Also, the way the hero perceives the heroine is also very regressive.

Krishna almost immediately starts dispising Rukmini (Aakanksha) when he thinks that she has a habit of drinking and smoking. He gets too judgemental and claims that a woman doing so is not culturally and traditionally appropriate. But, when he learns that it was all a misunderstanding and that she doesn’t drink or smoke, he begins to fancy her again. Don’t you think, it is time that mainstream filmmakers stop gender stereotyping?

Sudeep does a lot for the script than the cliche-filled script does for him. In one scene, he chokes back tears as he is unable to respond to the plight of a young girl. The scene is an example of Sudeep’s ability to deliver a realistic performance. All it takes is a filmmaker who can write strong scenes that can bring the actor out of Sudeep. Unfortunately, Pailwaan is not that film.

Director S Krishna has spent so much time beating around the bush, that it feels too late to hold our attention when he finally puts Krishna in the boxing ring. I thought boxing will be the main course of this film. But, it turns out it is just a dessert at the end of the meal. And not the delicious type either. The boxing sequences are poorly researched and awkwardly staged.

However if you only want to see a good-looking, ripped Sudeep on the big screen, Pailwaan might just work for you.