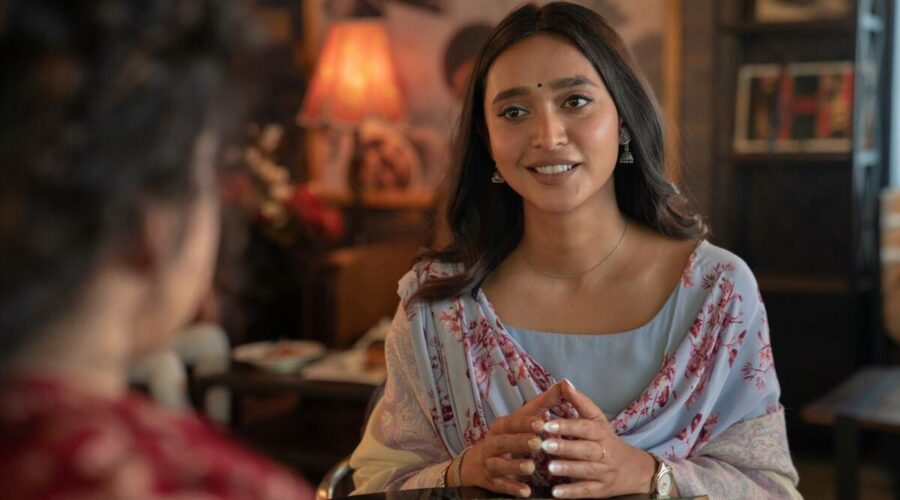 Sayani Gupta, known for films like Article 15, Axone and web series Four More Shots Please!, said she was eager to be part of Pagglait after reading its "balanced and nuanced" script. Actor Sayani Gupta says no character in is part of the film, which explores a woman’s journey of self-discovery, just for the sake of it.

The same goes for her character Akanksha, an independent working woman, who develops a unique bond with her former boyfriend Astik’s wife Sandhya, played by Sanya Malhotra, after his death.

“You are able to forgive someone when you understand their perspective over time. That’s what leads to empathy. Akanksha comes as a catalyst in Sandhya’s life, a ray of hope, aspiration, and inspiration.

“She is also the first person in Sandhya’s life who tells her without saying it as it is that she also has a right to listen to her heart. We all have the right to fly as women and listen to our inner voice,” Gupta told PTI in an interview over Zoom.

Directed and written by Umesh Bist, Pagglait revolves around Malhotra’s Sandhya, who ventures onto a journey of self-discovery while struggling to make sense of her husband’s death and dealing with her quirky in-laws.

Gupta, known for films like Article 15, Axone and International Emmy-nominated series Four More Shots Please!, said she was eager to be part of the film after reading its “balanced and nuanced” script.

“The credit goes to Umesh sir. Every character was beautifully written. There is no character in the film that doesn’t serve any purpose,” the 35-year-old actor said.

Apart from its subtle commentary on contemporary reality depicted through a north Indian joint family that comes together to mourn Astik’s death, Pagglait is also about acceptance and closure.

“We deal with death and grief in different ways. We all have different levels of emotional maturity,” Kolkata-born Gupta said.

The actor, who is a graduate from the Film and Television Institute of India, said the thought of her parents dying had often crossed her mind in the past.

“I’d imagined it to the T and I thought I would be breaking down or become hysterical. But actually when my father passed, I was so calm, composed and mature that I shocked myself. I was smiling, taking it so beautifully.”

People around her, Gupta said, were worried about her at that time and wondered if she was suffering from post-traumatic stress disorder (PTSD).

“Everyone around me got scared, they said ‘she is in shock, she has PTSD’. But I thought if something so bad is happening to me, something good must be happening to someone else around the world, because there is always equilibrium in nature. And that’s what this film is about,” she added.

Produced by Balaji Telefilms and Sikhya Entertainment, the film is slated to start streaming on Netflix from Friday.

03/24/2021 TV & Movies Comments Off on Pagglait actor Sayani Gupta: We all have the right to fly as women
India