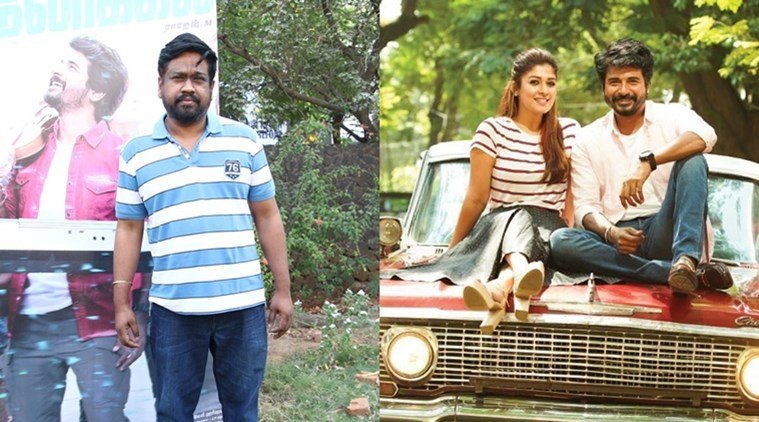 Sivakarthikeyan and Nayanthara starrer Mr Local, which hit screens on May 17, has lived up to the expectations of the fans, resulting in more number of shows even in the second week, says director Rajesh. 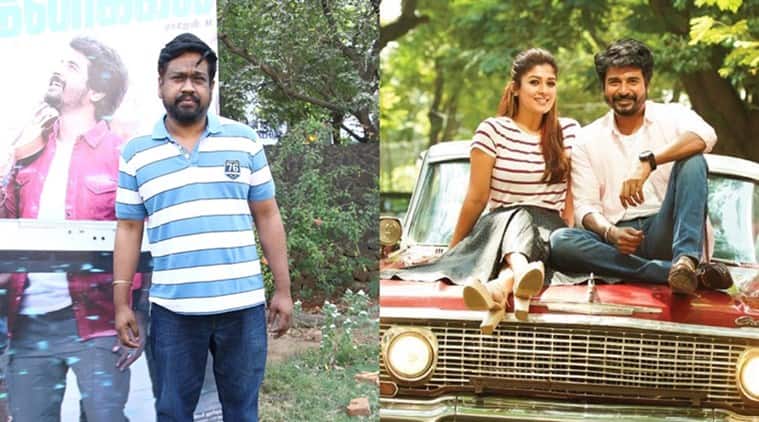 Mr Local, released last week, has lived up to the expectations of the fans, resulting in more number of shows even in the second week, says director Rajesh, who is back with the Sivakarthikeyan-Nayanthara starrer, after Kadavul Irukaan Kumaru (2016).

Excerpts from a conversation:

From Siva Manasula Sakthi (2009) to Mr Local (2019), all your films have been ‘commercial entertainers’.

Yes. That’s my strength and my films cater to the youth and family audience. To be honest, I go by a simple formula: only entertainment, no ‘message’. Those are the kind of films I love. I don’t want tension on the sets. I am a happy person and want to make happy films. The commercial tag is my own doing. (Laughs)

You seem to care more about ‘commercial success’.

That’s more gratifying to me, yes. Say a film does well commercially, it means I have managed to entertain a huge number of people. Again, the reach matters. The more, the better. But commercial films aren’t easy to make. It is hard to please everybody.

I have tried to analyse the reasons and what I arrived at is part of my learning curve. It is the time I took to get the script ready, to plan and execute, which I feel is normal. Meanwhile, I was supposed to direct Santhanam for Thenandal Studios, but it never got materialised. He got busy with Dhilluku Dhuddu 2, and I had this Sivakarthikeyan project. I miss working with Santhanam but am happy for what he is today. He is successful as a hero and has a massive fan following.

I heard a lot of people say Mr Local reminded them of Rajinikanth’s Mannan.

Mr Local is a pucca popcorn entertainer. Sivakarthikeyan and I were very clear about what we were doing. Our effort was to make a ‘fun film’. Mannan, on the other hand, was a cult classic. I find the comparison odd. Actually, Mr Local is an upgraded version of Siva Manasula Sakthi (SMS). I think you may call it SMS 2.0. (Laughs)

You know Sivakarthikeyan from his Varuthapadadha Vaalibar Sangam (2013) days. As for Nayanthara, you have directed her in Boss Engira Bhaskaran (2010).

That’s right. Mr Local was like a reunion for all of us. Sivakarthikeyan is a star and the same, of course, applies to Nayanthara. But they haven’t changed a bit. In fact, they have become more mature.

You share amazing chemistry with your ‘heroes’, and that shows in your films.

I understand them pretty well, so the process gets easier. When you have so much fun working on something, it shows in the final product. Eventually, I try to add situational and performance-based comedy here and there. That’s why even today Siva Manasula Sakthi gets telecast on television, I get messages and mentions on Twitter and Facebook. It has been close to a decade, still, people find it engaging.

How does it feel to revisit your own films?

I consciously avoid not to watch them because sometimes, it’s embarrassing.

In what way exactly?

I have been accused of promoting stalking in films, but when I made SMS, I was 29 and didn’t even know what stalking was. I am not justifying whatever I did was right, but back then, I didn’t know it was wrong. I wasn’t a responsible filmmaker when I started out. Now, that’s not the case. I am in a position to think about the audience before I conceive an idea. I have changed as a person in these ten years. My assistants too have turned directors.

You started your film career assisting SA Chandrasekhar. Are you planning to direct Vijay?

Every filmmaker wants to direct Vijay, and I am no exception. He is a big deal in the industry. Avar kitta oru script eduthutu pona, adhu mass-a irukanum. Let’s see.

So, how do you react to criticism?

I read reviews, but don’t react to them. (Laughs) A successful film need not have a favourable review. For example, take Kanchana 3. It is a box-office hit, but reviews weren’t positive.

Can we see you direct a serious film someday?

Of course, why not? I would love to direct a period film. If I find the right script, I may rope in a different writer as well. Because, so far, for the films I have directed, I have been the writer myself.