Zuber K Khan talks about his film Nyay: The Justice and clargues that how it is inspired from Sushant Singh Rajput's life. 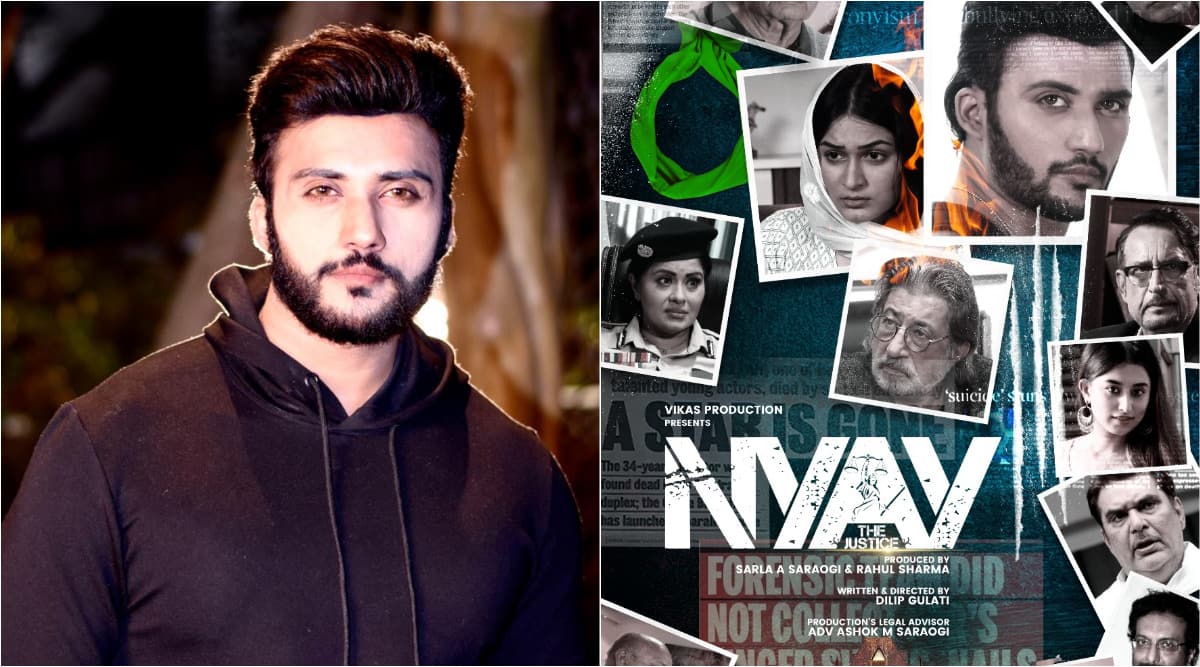 Delhi High Court on Thursday refused to stay the release of  ‘Nyay: The Justice’, which is allegedly based on the death of Bollywood actor Sushant Singh Rajput. The plea was filed by the late actor’s father, KK Singh, who sought a stay on several films being made on his death. Singh had said in his plea that the films were “taking advantage of the situation” and “trying to encash this opportunity for ulterior motives”.

Welcoming the verdict in the film’s favour, its lead actor Zuber K Khan said that he is waiting for the audience to watch the film. Nyay: The Justice’s trailer was released on Friday, a few days before the actor’s first death anniversary. While starring veterans like Asrani, Shakti Kapoor and Sudha Chandran, it appeared like a poor job, with the worst of grisly media coverage in the aftermath of Sushant’s death finding a place in it.

In an exclusive chat with indianexpress.com, Zuber, however, was at pains to say that the film is not a biopic on Sushant but a story inspired by his life. The actor also added that he had been feeling miserable ever since the film’s release was stalled due to the case as he considers this project a tribute to Sushant Singh Rajput.

“It was very disappointing for me, I even cried a couple of times. There was so much backlash but I want to tell people that I was his fan. And this was my way of paying a tribute to the actor. There is no personal agenda for me or anyone to make this film. I was really disturbed all this while and now that the film has received a green light, I can’t wait for people to watch the film,” Zuber added.

The Naagin actor shared that he has known Sushant Singh Rajput for years, and they even trained together. “He was the one who taught me martial arts. I was quite close to him but once he moved out, we lost touch over the years,” Zuber said, adding that he was devastated by the actor’s death. “I could do. I think I manifested this film towards me. I have not even tried to copy him but used my acting to pay my tribute to him,” he added.

Zuber Khan shared that Sushant’s manager’s advocate has produced Nyay: The Justice and thus he had faith that they will not try to paint him in a negative shade. “I took time to say yes as I did not want anything wrong or negative to be projected. While the film is very close to reality, it has been inspired from his life and is not based on just one controversy. It’s about this man’s journey from being an outsider to finding fame as a TV actor and then becoming a star. There is no big revelation as the audience already knows about this story, it’s all there in the public domain.”

The actor shared that filming for the movie was a difficult time for him and he would often break down. “Being an actor I could relate to the journey and emotions. Be it Sushant or Mahendra Singh in the film and even me, we have all seen our highs and lows and to relive it on screen was a challenging time. I would get goosebumps while mouthing the dialogues. And the death scene definitely left me shaken,” he added.

“We are not trying to make a statement, the law is there for that. As for our film, it’s a commercial, entertaining film with romance, thrill and even song and dance. I would request everyone to watch it before they judge us. Everyone of us has worked hard on it,” he added.

On a final note, the actor said that while the team wants to release the film in theatres, in case they remain shut, they could have a digital release.

06/11/2021 TV & Movies Comments Off on Nyay The Justice actor Zuber K Khan says film not a biopic on Sushant Singh Rajput, but a ‘tribute’
India