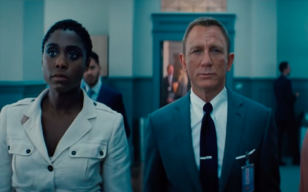 The actor will make way for a female Bond, to be played by Lashana Lynch, in the next film of the 007 series

official trailer of the upcoming James Bond adventure No Time To Die launched on Wednesday, and by the look of it Daniel Craig is all set to give hardcore fans a vintage action feast in his final outing as Agent 007.

The two-minute, thirty-six second trailer, released on the film’s social media outlets including YouTube, has it all. There’s Craig striking a dapper intense form as Bond, zipping around in a high-concept Aston Martin devised especially for him by Q (Ben Wishaw). Naomie Harris returns as Moneypenny and Ralph Fiennes as M.

There is a brief glimpse of Christoph Waltz as Ernst Stavro Blofeld, too, who was captured at the end of the last Bond film, Spectre.

Around 20 seconds from the end of the trailer, Rami Malek makes a sinsiter appearance as the villain of the piece, Safin. “History isn’t kind to men who play God,” Bond tells Safin.

Fleabag star Phoebe Waller-Bridge is one of the co-writers of the new Bond film, which is slated to open in April 2020.

No time To Die is the 25th Bond flick, and is directed by new-age maverick and Emmy-winner Cary Joji Fukunaga, who made mark calling the shots on True Detective.

Craig makes way for a female Bond, to be played by Lashana Lynch, in the next film of the series.

Related posts:
12/05/2019 TV & Movies Comments Off on ‘No Time To Die’ trailer: Daniel Craig dazzles in his swansong as James Bond
TV & Movies