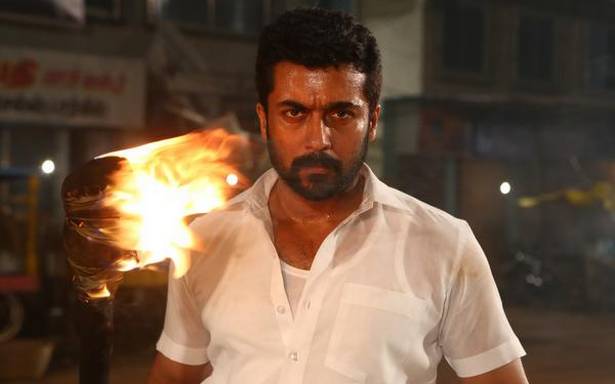 Selvaraghavan gets his hero right, but doesn’t etch out any of the other character arcs convincingly

As we walked out of the first-day-first-show of NGK, a bunch of microphones were thrust in front of our faces. Everyone wanted to know how the film was, and the response from the audiences – mostly Suriya fans – was the usual, now-often-used ‘mass-u’. Someone mumbled, “Selva’s touch…” before walking away.

The Selvaraghavan touch. That’s a good starting point to discuss NGK, which marks the unusual combination of Selvaraghavan and Suriya for the first time on the big screen. The director is known for his unusual touch – the vibrant Thullavatho Ilamai, the underrated 7G Rainbow Colony and the soft-yet-inspiring Mayakkam Enna.

Which brings us to his latest, NGK, which was, surely, a companion piece to his gritty Pudhupettai. On paper at least. If Kokki Kumar (Dhanush) was a normal boy who grew up to become a dreaded gangster, here we get Suriya as Nandha Gopala Kumaran (NGK), a normal youngster who wants his country to be clean. He chucks his cushy job and starts off as an organic farmer – and gets the simplest of ‘introduction scenes’, ironically in a film that we thought was Selva’s mass-iest film till date. Kumaran’s mother is not exactly pleased at his decision.

She should have been, for there’s further shock in store for her, when Kumaran, after getting into a tiff with local vegetable traders, decides that real harvest is something that ought to be done in the political system. The first time a man suggests that to Kumaran, he just shrugs off. “Nalla irukardhu pudikalaya,” he asks him. There’s an MGR poster in the background even as this unfolds.

And so, Kumaran gets into politics. Or, ‘arasiyal-la kudhichutaar’, as they say. And with that, the film dives into several sequences involving surprisingly-loud characters.

One of them is Geetha (Sai Pallavi, in a very one-dimensionally written role) who supports her husband blindly in his decisions, but when something he does puts her off, she breaks her maun-vrat of sorts and launches into beast mode. The transition is not exactly smooth, and though she does portray anger convincingly, Geetha gets very little meat from a director known for strong women characters. That might perhaps be due to the filmmaker’s decision to focus on Vanathi (a businesslike Rakul Preet Singh delivering a no-nonsense performance), but the NGK-Vanathi “love” track is a let-down, leading us to the oddly-placed ‘Anbe Peranbe’ number that has no business being there.

The two fights – one in a marketplace and the other, inside a toilet – are well-choreographed (one of them even has a woman fighter taking on Suriya, and that’s refreshing to see) but add little to the on-screen proceedings. The songs are not a patch on the Selva-Yuvan Shankar Raja combination that has given some memorable albums in the past, but the composer does make up for it with some thumping background music, especially the anthemic title score.

NGK is Suriya trying his best to deliver a Selvaraghavan-ish performance when the director himself is trying to deliver a Shankar/Murugadoss-ish film. The results aren’t exactly pleasing.