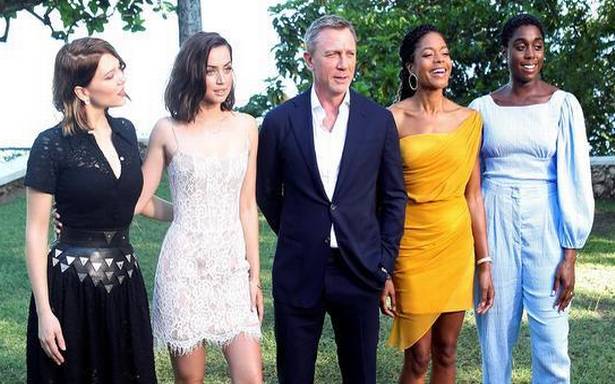 There’s huge news for James Bond and 007 fans worldwide as it has been revealed who will replace Daniel Craig in the super-spy series after the release of Bond 25.

The upcoming film will show the secret agent pass the torch to another actor, reported Fox News.

According to the article, the role will be played by Captain Marvel fame actor Lashana Lynch. The 31-year-old appeared alongside Brie Larson in the film as Maria Rambeau, an Air Force pilot.

British actor Idris Elba was supposed to be the front-runner for the role, but with Bond 25 also dealing with the super-spy’s role in the #MeToo era, the makers have opted for a female 007 instead.

Bond 25 is Daniel Craig’s fifth film as James Bond, and also stars the likes of big names such as Christoph Waltz and Rami Malek. It is scheduled to be released on April 8, 2020. The film is directed by True Detective’s Cary Joji Fukunaga, and follows Bond as he returns from retirement on M’s request.

The Daily Mail reports that it was screenwriter Phoebe Waller-Bridge of Killing Eve and FleaBag fame who was instrumental in making sure the next 007 is a woman.

“There is a pivotal scene at the start of the film where M says ‘Come in 007,’ and in walks Lashana who is black, beautiful and a woman. It’s a popcorn-dropping moment. Bond is still Bond but he’s been replaced as 007 by this stunning woman,” a Bond insider revealed.

Waller-Bridge, on her part, said, “There’s been a lot of talk about whether or not Bond is relevant now because of who he is and the way he treats women. I think that’s b******t. I think he’s absolutely relevant now. The franchise has just got to grow. It has just got to evolve, and the important thing is that the film treats the women properly. He doesn’t have to. He needs to be true to his character.”

What’s more is that the phrase ‘Bond girls’ is also to be outlawed henceforth. The females in the spy franchise are now ordered to be called Bond women’!