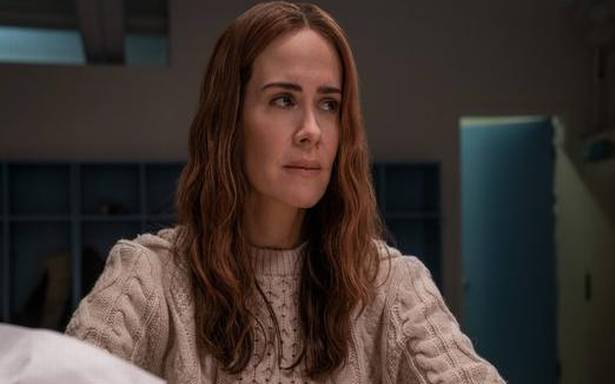 Sarah Paulson’s psychological thriller, and a crime drama on the life of serial killer Charles Sobhraj, are the highlights on the platform this week

Here is the full list of titles coming this week:

When two clueless cake “artists” team up, the reveals are even more ridiculous. From best buds to brothers and sisters, these bakers are twice as bad.

In 19th-century London, a group of misfits works to solve supernatural crimes at the behest of Dr. Watson and his elusive partner, Sherlock Holmes.

Troubled teen Will Hawkins (Kevin Quinn) has a run-in with the law that puts him at an important crossroad: go to juvenile detention or attend a Christian summer camp. At first a fish-out-of-water, Will opens his heart, discovers love with a camp regular (Bailee Madison), and sense of belonging in the last place he expected to find it.

Unable to grieve over the death of a husband she barely knew and fighting the future her family wants to write for her – Pagglait is the journey of Sandhya – from letting go of the shackles to finding her own identity.

In a hidden-camera comedy from the producer of “Bad Grandpa,” two pals embark on a road trip full of funny pranks that pull real people into the mayhem.

Octonauts & the Ring of Fire

When lava-spewing volcanoes start a chain reaction of disasters across the ocean, the Octonauts must work together to save their sea creature friends.

Real people’s terrifying tales of the chilling, unexplained and paranormal come to life with dramatic reenactments in this reality series.

Host Gaten Matarazzo pulls the strings on a new season of elaborate pranks involving everything from haunted mansions to ancient burial grounds. Yikes!

After growing up in a tumultuous household, Yura finds herself in a love triangle with two close friends as she faces a personal and financial crisis.

Crossing and uniting seven countries in South America, the Andes always have another landscape, adventure and story to tell. Discover them all.

In this funny, heartfelt and moving docuseries, real people unpack the fascinating and quirky stories around their most meaningful pieces of clothing.

In the 1970s, merciless killer Charles Sobhraj preys on travelers exploring the “hippie trail” of South Asia. Based on shocking true events.

While spending the summer in North Philadelphia, a troubled teen is caught between a life of crime and his estranged father’s vibrant urban-cowboy subculture.

Incurable romantic Lotte finds her life upended when her plans for a picture-perfect wedding unravel — just as her self-absorbed sister gets engaged.

After falling for Estrella, Ángel, a mechanic from the Madrid suburbs, dives into a world of heists and becomes the target of a relentless detective.

Desiring freedom after years of isolated medical care, teenager Chloe suspects her mother might be holding her back — and harboring sinister secrets.