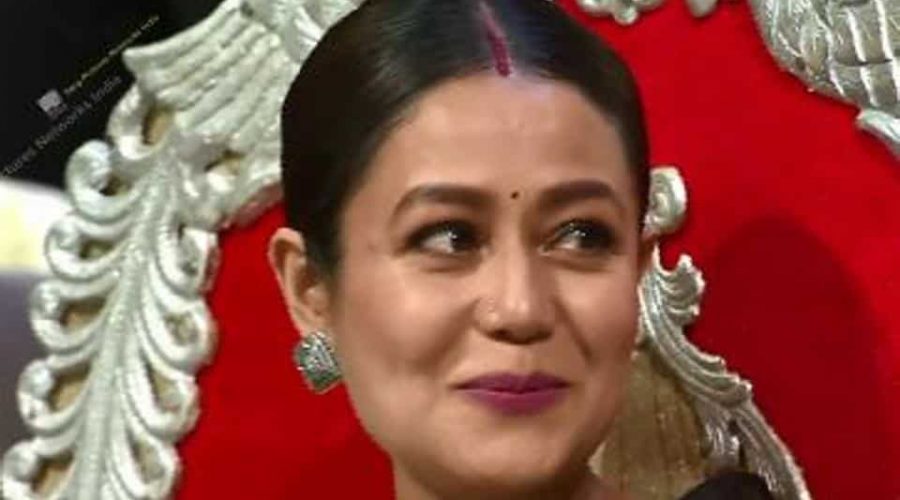 Singer couple Neha Kakkar and Rohanpreet Singh made a joint appearance on Indian Idol 12, where they regaled the audience with their love story. Neha and Rohanpreet tied the knot at the end of 2020, after a whirlwind romance. “He Made me Cry,” Neha wrote in her post.

In a promo video shared by her on Instagram, Rohanpreet recalls seeing her for the first time. “I was tying my turban in Chandigarh, when I got a call from her management,” he began, in Hindi. “They asked if I wanted to participate as a co-artiste in her new song. I said ‘do you have to ask!’”

Rohanpreet continued, “I remember entering the room and Nehu was sitting there, and she turned around to see me. That was the moment that changed my life.” Judges Vishal Dadlani and Himesh Reshammiya listened on, smiling at the story, as the couple couldn’t resist indulging in some PDA.

He said that Neha has a positive effect on the people around her. “I tell her that she’s God’s favourite child. She wrote that song (Nehu Ka Vyah), but she also wrote my destiny. My family always used to ask if I’d ever appear on a platform such as this, and look at me now mom, because of Nehu, I’m finally here.” At this, Himesh gave them a standing ovation, and Neha teared up.

Neha realised that Rohanpreet was ‘the one’ not long after their first meeting. She was drawn to his good looks and polite behaviour. She had told designer Anita Dongre, “My first impression of him was that he was so good to each and every person on the set. And undeniably, he was the cutest boy I had ever come across. The attraction was strong. I think it was really in those initial moments itself that I knew he was the one for me.”

Also read: Neha Kakkar says Rohanpreet Singh was in tears ahead of their wedding: ‘I told him we could put off the shaadi’

Neha and Rohanpreet’s wedding festivities were spread across Mumbai, Delhi and Chandigarh over several days. Their roka ceremony took place on September 21 in Mumbai, exactly a month before their single Nehu Da Vyah was released. The wedding celebrations in Delhi kicked off with haldi and mehendi ceremonies as well as a sangeet night on October 23. The following day, they got married in an Anand Karaj ceremony at a gurdwara in the morning. In the evening, they tied the knot according to Hindu rituals.