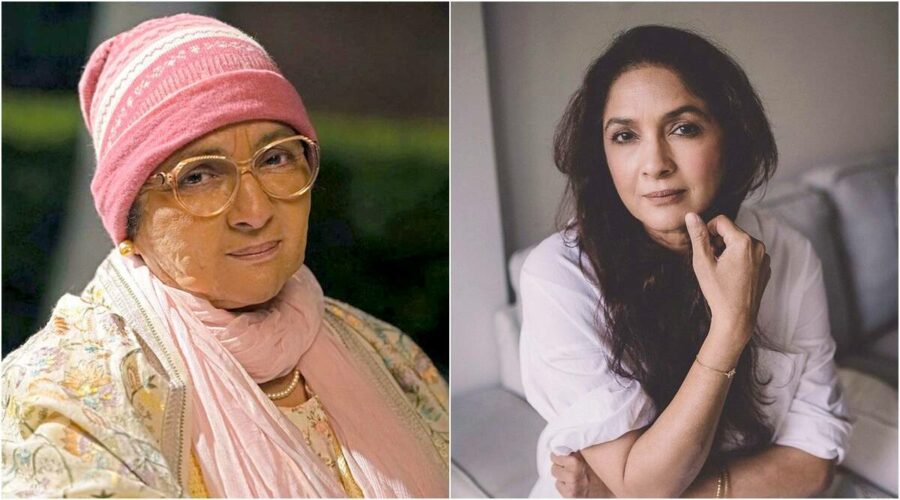 Veteran actor Neena Gupta’s first response was to say no to the role of a 90-year-old grandmother in her recent release, Sardar Ka Grandson. It was, however, the script of the film that made her say yes to play ‘Sardar’ from the film’s title, and portray the granny to Arjun Kapoor’s Amreek in the Netflix project.

“I though I don’t want to do a 90-year-old now, before listening to the script. But, after I did that, there was not even a second thought. I instantly said a yes. It’s very rare at my age that you get a role like this. Plus, it was a very challenging role. I’m still very nervous whether I overdid it, if I lost the posture or got the wrong voice tone, all those concerns of an actor. They always find fault in their performance. After initial 3-4 days, I got comfortable with my prosthetics. Main thing is script and dialogues are very nice,” Gupta said in an exclusive chat with indianexpress.com.

Sardar Ka Grandson revolves around an NRI grandson who is out to fulfil the last wish of his grandmother of visiting her ancestral home in Lahore, Pakistan. Due to certain restrictions, the matriarch isn’t able to visit Lahore, and hence, the grandson decides to bring Lahore to her, by structurally relocating the house.

Revealing how the team cracked the core theme of the story, director Kaashvi Nair told us, “We wanted to keep the tone of both the countries very light and real because there is so much brotherhood. We have Pakistan because leaving a house behind in those circumstances comes for us in history from the Partition. Eventually the film came about because we read an article about a house being moved from Kerala to Manesar, but they did brick by brick. When we did our research and came about structural relocation, and honesty if you see a house on truck, you are sold. Now, you have to figure out the story around it.” 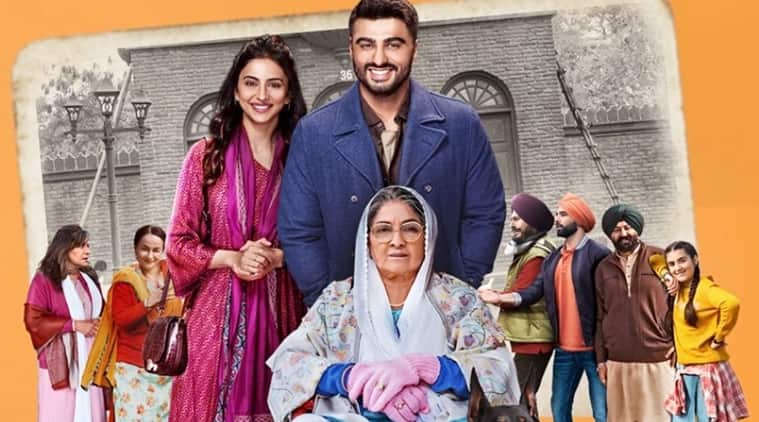 Sardar Ka Grandson mostly has an all-women team, including actors Rakul Preet Singh, Soni Razdan and Divya Seth. Lead actor Arjun Kapoor previously shared with us, how it was working on a set with majority of cast and crew being women.

Sharing how she struck a bond with Arjun like real grandmother-grandson, Neena Gupta added that she will do such a role in the future only if it catches her attention.

“It’s not like now I’ll only do grandmother’s role. Nobody can force me to do that. If I don’t want to play a grandmother, I’ll say no. If there’s a good role, I’ll say yes. I’m doing variety of interesting roles,” the ace actor said, whose upcoming projects include Good Bye, Masaba Masaba 2 and Panchayat 2.

Rakul, on her part, asserted why films bring a calming effect on the audience in such testing times. “Entertainment plays a very important role in giving you some sense of relief, even when things are difficult and you want to distract yourself. And films do that the best. Even our film is coming at such a time when you value families and relationships more than you ever did,” she said.

05/20/2021 TV & Movies Comments Off on Neena Gupta played a 90-year-old in Sardar Ka Grandson, but will accept a granny’s role again on this condition
India