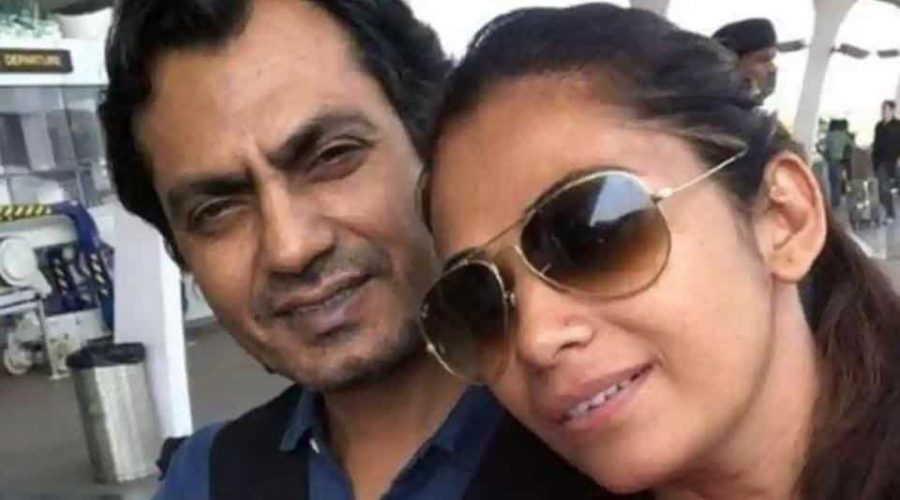 Actor Nawazuddin Siddiqui’s wife, Aaliya, has accused him of being an absentee father, disrespecting her in front of actor Manoj Bajpayee and avoiding being seen with her in public. The couple is involved in a divorce dispute.

Aaliya told The Times of India that they have been living separately for more than four years, and that Nawaz makes excuses when she asks him to visit their children. “I have not told anything to the kids, though they are upset and keep asking me ‘papa kahan hai?’, ‘kahan shoot kar rahe hai?’ I keep telling them that he is shooting in New York, US but then for how many years should I do that?” she said. She had demanded full custody of the couple’s two children.

Aaliya added, “Despite him being at his office in Mumbai, he never comes and when I tell him to visit the kids, he is like I am busy, have people to meet. So I am forced to tell the kids that papa is busy with shoot.”

Aaliya had served Nawaz divorce papers via email and WhatsApp earlier this month, after a decade of marriage. She has also accused his family, especially brother Shamas, of emotional and physical abuse. She said that she has been disrespected in the marriage, and her image has been maligned by the family. Shamas has refused to comment on the matter.

She continued, narrating an incident involving actor Manoj Bajpayee, “A few celebrities have visited my house like Manoj Bajpayee. At that time also I was being humiliated by Nawaz.” She added, “I was cooking for Nawaz and tried to strike a conversation and he was like ‘tumko baat karna nahi aata, tum logon ke samne baat mat kiya karo’, these were his words.”

Aaliya said that there came a point, after being regularly put down, that she didn’t have the confidence to sustain conversations any more. She said, “Even when he was going to meet the press and if I were to reach there coincidentally, then he would avoid me. I never got the respect that a wife deserves, never in front of others, never in person. From a rickshawala to a superstar – everyone respects their wife. I have been suffering this since years, one shouldn’t be insulted so much that the person starts feeling suffocated. All the time you are being made to realize that you are nothing, don’t know how to speak, to stand, no dressing sense, till what point can a person take all that? There was a point when I had lost all my confidence. I wondered if I would be able to do anything, I would fumble during conversations.”

According to Aaliya’s lawyer, Nawaz, who is quarantining in his hometown of Budhana in Uttar Pradesh, is yet to respond to the divorce papers.