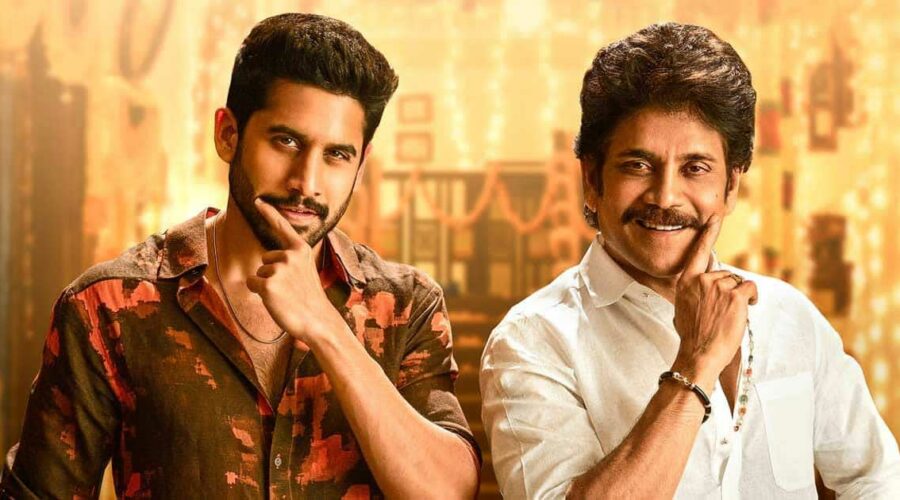 ‘Nag feels his fans need all the laughter they can get during these traumatic times.’

The pandemic has played havoc with the release schedules of films.

While the worst affected is S S Rajmouli’s lavish RRR and Prabhas’s first full-fledged romantic film Radhe Shyam, both of which have been postponed indefinitely, Nagarjuna and his elder son Naga Chaitanya have quickly taken stock of the vacated slot at the Telugu box office.

Nagarjuna and Chaitanya’s comedy Bangarraju directed by Kalyan Krishna has now been re-scheduled for a Pongal-Makar Sankranti release on January 14.

While Nagarjuna has refrained from comment on his film with his son being released at the peak of the third wave of the pandemic, a source very close to Nagarjuna explains to Subhash K Jha, “Of course, Nag knows the risks involved. But his producers cannot wait. And he doesn’t want them to face any more financial losses.”

“Bangarraju is a much smaller film than RRR or Radhe Shyam. It is a comedy. Nag feels his fans need all the laughter they can get during these traumatic times.” 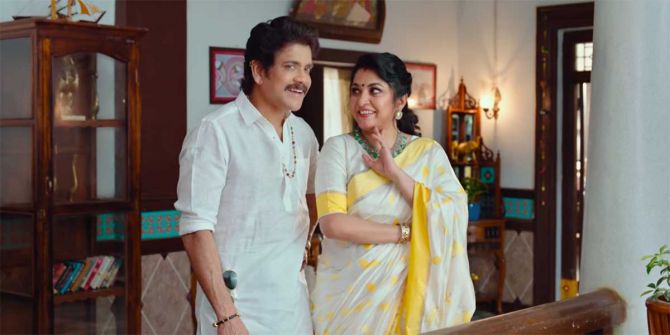 Speaking on sharing screen space with his iconic father, Naga Chaitanya confesses, “Of course I am nervous. How can I not to be?”

“He is so much more experienced and such a legend!”

“At the same time Bangarraju is not our first film together. We earlier worked together in Manam where I played my father.”

“He goes out of his way to put me at ease. Whether it’s working with my uncle Venkatesh in Venky Mama or my father in Manam and Bangarraju, I am required to re-adjust and modify my acting style.”

“They belong to a different school of acting where every emotion has to be emphasised whereas I like to underplay.”