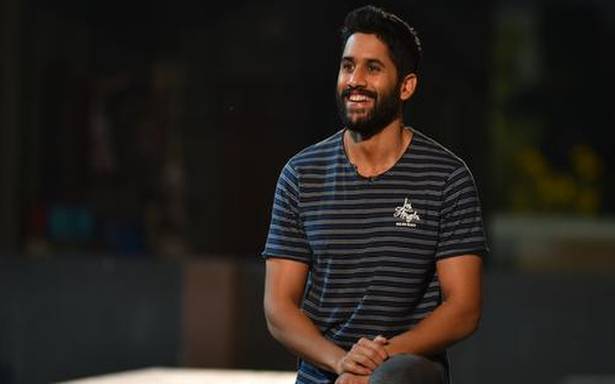 Actor Naga Chaitanya is no stranger to love stories, be it Ye Maya Chesave (2010), or his portions in Manam (2013) and Majili (2019). But his new Telugu film Love Story, directed by Sekhar Kammula and co-starring Sai Pallavi, will see him go through the beats of an intense story of romance and small town aspirations, if the trailer is an indication. Counting down to the theatrical release on September 24, the actor was game to field questions, but maintains a dignified silence on rumours about his marital life and instead talks about his work.

Love Story has him enacting the role of Revanth, who hails from a village in Telangana and opens a Zumba centre. Having grown up in Hyderabad and Chennai, Chaitanya admits that Kammula’s story ushered him into a new territory: “We don’t talk enough about small town issues. Telugu cinema has been mostly glamorous and larger than life. There’s been a shift with films such as Care of Kancharapalem and Middle Class Melodies, but we don’t do enough. I was eager to be a part of Sekhar’s story and he took me through an incredible journey,” explains Chaitanya.Talking of love

Kammula and two other writers from the team coached Chaitanya on the Telangana dialect. Filming in Armoor in Nizamabad district, he says, helped him further understand the world of Revanth. The film’s pre-production involved discussions on the backstories of the characters. Chaitanya says Love Story is more than just a boy-meets-girl story: “The story looks at complex issues of how incidents that happen during childhood and the society influence upbringing.”

Naga Chaitanya and Sai Pallavi in the film

Chaitanya likens the experience of working with Kammula to going to an acting school: “Most often, we take cinematic liberties and become heroes than actors. Sekhar keeps things as real and understated as possible. There’s a notion that Sekhar does things his way and takes a lot of time to make a film. But I would recommend every actor to go through this process. The experience has enriched me and made me a better actor. Sekhar does not take anything for granted. He is dedicated to his art and pays attention to finer details.”

Love Story places Chaitanya amid a talented cast that includes Sai Pallavi and Easwari Rao. He quips about having to match dance steps with Sai Pallavi: “I am not a great dancer and everyone knows how good she is,” he laughs, and goes on to add that Sai Pallavi taught him complex dance steps by breaking them down into simpler ones. There were rehearsals not only for dance sequences but also for every scene. “An actor can shine only when co-actors lend support. If my performance is appreciated, half of that credit should go to Sai Pallavi and Easwari garu along with Sekhar.”

The long wait for the film’s release, owing to the pandemic, has been a blessing, says Chaitanya. “The film has been marinating and marinating. On the bright side, we had time to tune it. We worked on the re-recording, my dubbing and re-shot a few close-ups. We screened the film to a few people and took their inputs.”

Next, Chaitanya is working on the Telugu films Thank You directed by Vikram Kumar and Bangarraju with Nagarjuna, directed by Kalyan Krishna. He will also be making his Hindi debut with the Aamir Khan starrer Laal Singh Chaddha directed by Advait Chandan. Though pan-Indian movies are the flavour of the season, Chaitanya weighs it with caution: “When I hear a few stories I ask myself if, in a bid to go pan-Indian, we are being dishonest to region-specific cultural sensibilities. The Laal Singh Chaddha opportunity came from Aamir Khan’s office and I am happy to be a part of the film. But my primary focus now is on Telugu and Tamil cinema.”

Chaitanya will also begin filming for a horror series directed by Vikram Kumar, for Amazon Prime Video, in December. The pandemic has made audiences appreciate both theatrical films and digital series and the actor says it gives him the scope to do more: “There are no constraints to try something new in the digital space. With a theatrical film, producers tend to work backwards and see what all should go into a film to make it appealing. I don’t blame them, that’s how the business works. I would like to do both, moving forward.”

09/15/2021 TV & Movies Comments Off on Naga Chaitanya: More often we become heroes, rather than actors
India