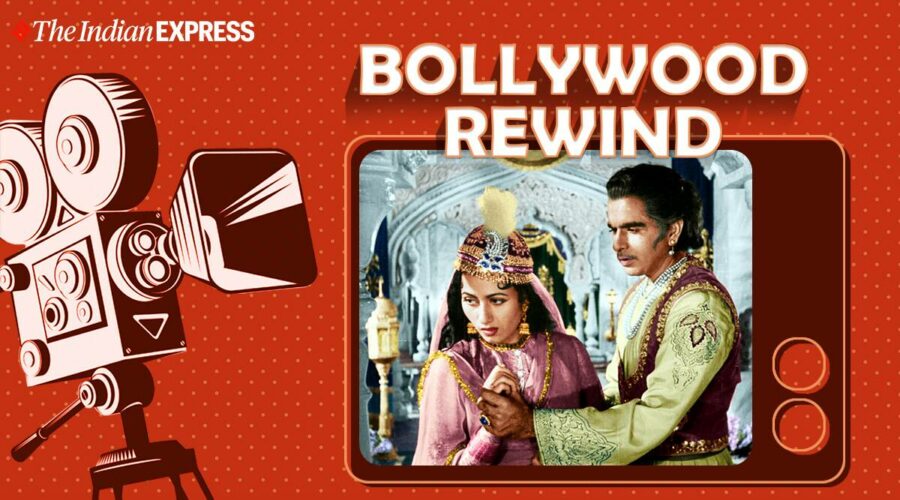 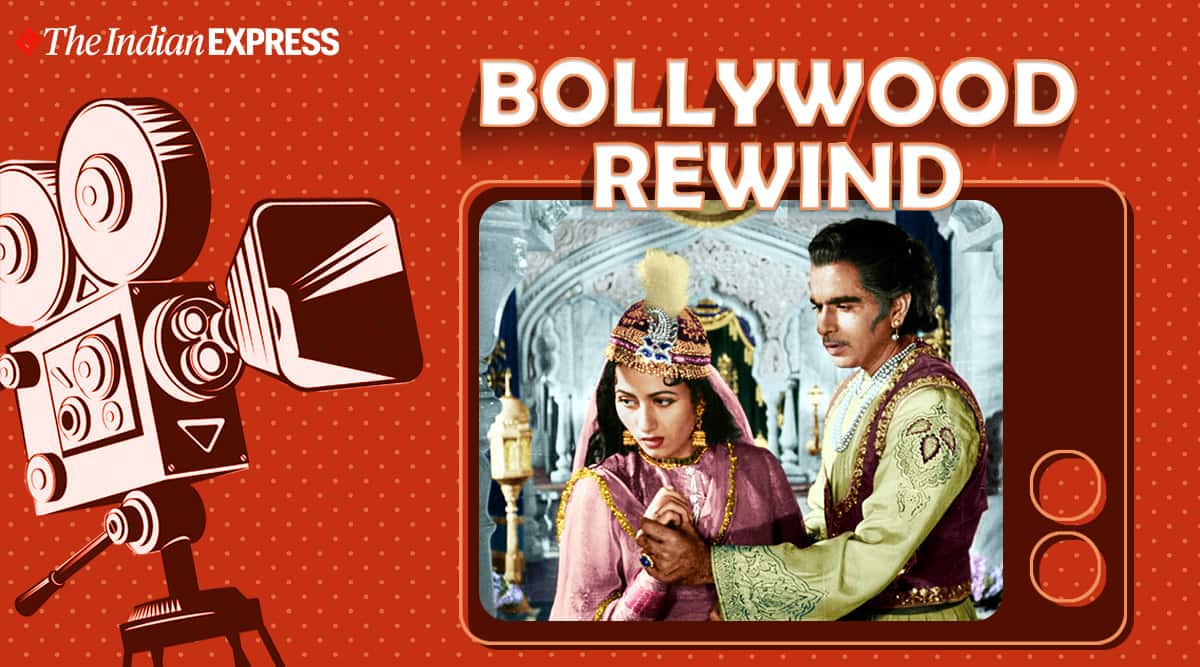 In this weekly column, we revisit gems from the golden years of Hindi cinema. This week, we revisit the 1960 release Mughal-e-Azam.

It’s hard to achieve perfection in any field, let alone cinema. There are always the stringent critics who will be unhappy with some aspect of a film. It is, however, truth universally acknowledged that K Asif’s Mughal-e-Azam — if not perfect — comes very close to that pinnacle of perfection. Talking about the 1960 film starring Dilip Kumar, Madhubala and Prithviraj Kapoor, Lata Mangeshkar had once told PTI, “Asif sahab used to say, whenever a film will be made and will be ‘lajawab’ (perfect), people will ask, ‘Are you making Mughal-E-Azam?’”

Touted as one of the most tragic love stories to unfold in cinema, the story here follows Emperor Akbar’s (Prithviraj Kapoor) son Salim (Dilip Kumar) who has fallen in love with a commoner named Nadira, renamed Anarkali, (Madhubala) by his father. The conflict of class tears them apart since he is the heir to the throne. Akbar is vehemently opposed to this match but Salim is just as stubborn. As they wage a war against each other, Mughal-e-Azam becomes a tale of love and duty, and how sacrificing one over the other can topple the social structure. It is Akbar’s duty for his country over his love for his son that leads him to incarcerate Anarkali, and it is Salim’s love for her that leads him to commit treason against the throne. It is essential to point out that Mughal-e-Azam is, in fact, a fictional film set amid some real-life characters. The film is based on a 1922 play named Anarkali by Imtiaz Ali Taj. Anarkali’s existence has been highly debated amongst historians with many pointing out that in real-life, she was one of Akbar’s wives and not a courtesan. Nevertheless, the story that has been immortalised on screen here is fiction but the legend and the popularity of Mughal-e-Azam has lead many to believe it as history.

While Mughal-e-Azam is remembered as a love story, one may find upon revisiting that this is, in fact, a father-son story. The father holds his head up high and considers duty towards his country his biggest karma, but the son believes that there is nothing more sacred than love. Watching it in 2021, it is evident that Salim cannot protect Anarkali but Akbar can just execute her whenever he wants. It makes you think if Salim is just a spoilt, stubborn, rich son of the ruler who is just upset that his father won’t let him have the woman he wants. 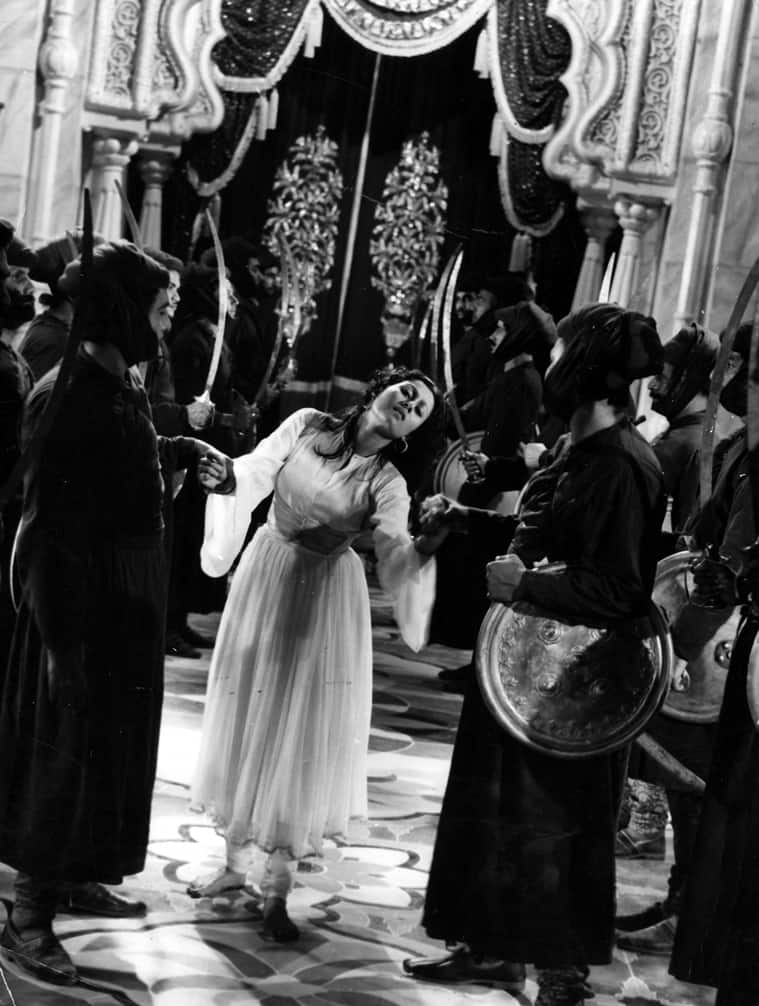 Mughal-e-Azam is set in a world that’s ruled by one powerful man and while it celebrates the aesthetic culture and the beauty of this world, it also points at its flaws every step of the way. The sculptor, who triggers the events here, exists in the film to voice the unjust nature of the system where the word of a ruler is the final word for the state. Early on, in one of the scenes, he tells another courtesan that no one in this society can tell the truth, because the consequences are too brutal. He explicitly says that just because two men decide to go to war, thousands of civilians die for their cause. If someone says something that the king doesn’t like, ‘saza-e-maut’ is certain. The inclusion of this character by K Asif suggests that the director wasn’t ensnared by the grandeur of the Mughals but was very well aware of the flaws of their society.

The film also constantly reminds you of the place of women in this society, especially someone who comes from a lower class. After Salim and Anarkali’s love story is outed, she is often referred to as a ‘laundi’ over and over again, as if to remind that she is nothing but a pretty woman who could be replaced with anybody. Of course love isn’t seen with respected eyes in this world, but love with someone who doesn’t come from the same class is seen as a sin.

The story of Mughal-e-Azam is a classic tale that has been reimagined in cinema in different eras. The opposition of love by an authority figure has been a staple of Hindi cinema but it is the technical brilliance of Mughal-e-Azam that pushes it much above the rest. The poetic dialogue writing of the film by Kamal Amrohi (who later directed Meena Kumari starrer Pakeezah) is a pillar on which the film rests. The maze of its lyrical dialogues pulls you in and you are left in awe of the purity of the language that works its magic here.

Mughal-e-Azam’s music by Naushad is another element that lifts up this cinematic extravaganza a few notches higher. With lyrics by Shakeel Badayuni, the soundtrack here has inspired generations and is still timeless. Based on Indian ragas and folk music, songs like “Pyaar Kiya Toh Darna Kya”, “Mohe Panghat Pe”, “Teri Mehfil Mein”, “Ae Mohabbat Zindabad” among others are still considered pinnacle of Hindi film music.

Mughal-e-Azam originally released in black and white, with just a few reels in colour including the song “Pyaar Kiya Toh Darna Kya” which became one of the highlights for the viewing audience. The Sheesh Mahal set here left the audience’s awestruck as the visual of Madhubala’s reflection dancing in the many mirrors of Akbar’s darbar was unheard of. The sets of the film were made with such precision that they looked no less than a museum and were one of the reasons for the film’s exorbitant cost and the many production delays.

The film is remembered and celebrated for the stellar performances by its cast. The mesmerising beauty of Madhubala, the authority of Prithviraj Kapoor and the majestic arrogance of Dilip Kumar made this film a masterclass for actors. The film was riddled with a lot of behind-the scenes drama as well. Dilip Kumar and Madhubala broke up while filming. Dilip Kumar and K Asif fell out by the end of it as the latter married former’s sister. So much so that Dilip Kumar did not even attend the much celebrated premiere of the film.

Mughal-e-Azam was the first film to release its digitally coloured version in 2004 and decades after its original release, it still managed to woo the audience. K Asif has been an influential figure for filmmaker Sanjay Leela Bhansali and many others who attempt to make historical period dramas.

Mughal-e-Azam might be over six decades old but it still represents the hard work and resilience of a team that created perfection on screen that can’t be challenged till date.

Mughal-e-Azam is streaming on ZEE5.