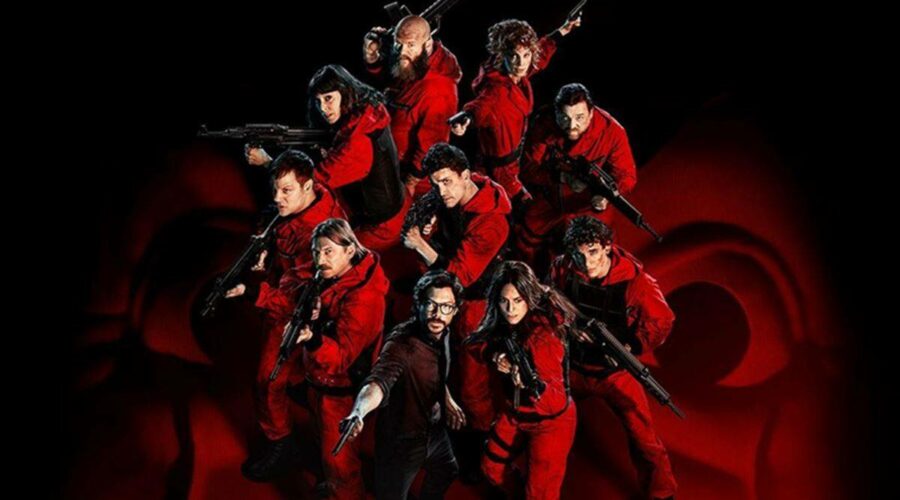 Money Heist Season 5 part 2 is set to give us high-octane action along with intense emotions. The Netflix show will release its last set of episodes on December 3. Money Heist Season 5 part 2 is going to not just give us high-octane action, but also some intense emotions. At least that’s what we can guess from the titles of its final set of five episodes.

The makers of the Netflix show on Wednesday released the names of the upcoming episodes along with stills from each one, intriguing us with what lies ahead in the plot. The last episode (five) of its part 1 was titled “Live Many Lives” that aptly described the closure of Tokyo’s story. Now, its sixth episode has been named “Escape Valve” and has Rio holding a bazooka. Rio has anger in his eyes and is probably armed up against the invading army that’s responsible for the death of his lady-love Tokyo.

The seventh episode ‘Wishful Thinking” is set to take us into the flashback of Berlin and Palermo, most probably showing more of their incomplete love-story as the corresponding picture is a happy one. The eighth episode “The Theory of Elegance” might also depict some happy moments between the gang members in the time of distress. They are singing and dancing, and we can guess if it is all a build-up to a bloody finale.

Money Heist season 5‘s ninth episode is “Pillow Talk” and shows The Professor in his signature night suit. The still again looks like one from the flashback. Though what the title suggests is unclear. The tenth and final episode has been titled “A Family Tradition’”. It is a very confusing yet exciting one as it shows Colonel Tamayo probably interrogating Denver. The background suggests that Tamayo is inside the Bank of Spain. So far, we haven’t seen the two coming face-to-face, but the finale is surely going to turn the tables and give us some major twists. Will Denver get caught and become a pawn in the hands of the police or will Tamayo give in to the robbers?

La Casa De Papel or Money Heist 5 part 2’s trailer showed that The Professor is set to enter the bank to take things under control again. Is there a Plan B or there’s more to what meets the eye, is yet to be seen.
Money Heist will premiere its finale on December 3 on Netflix.