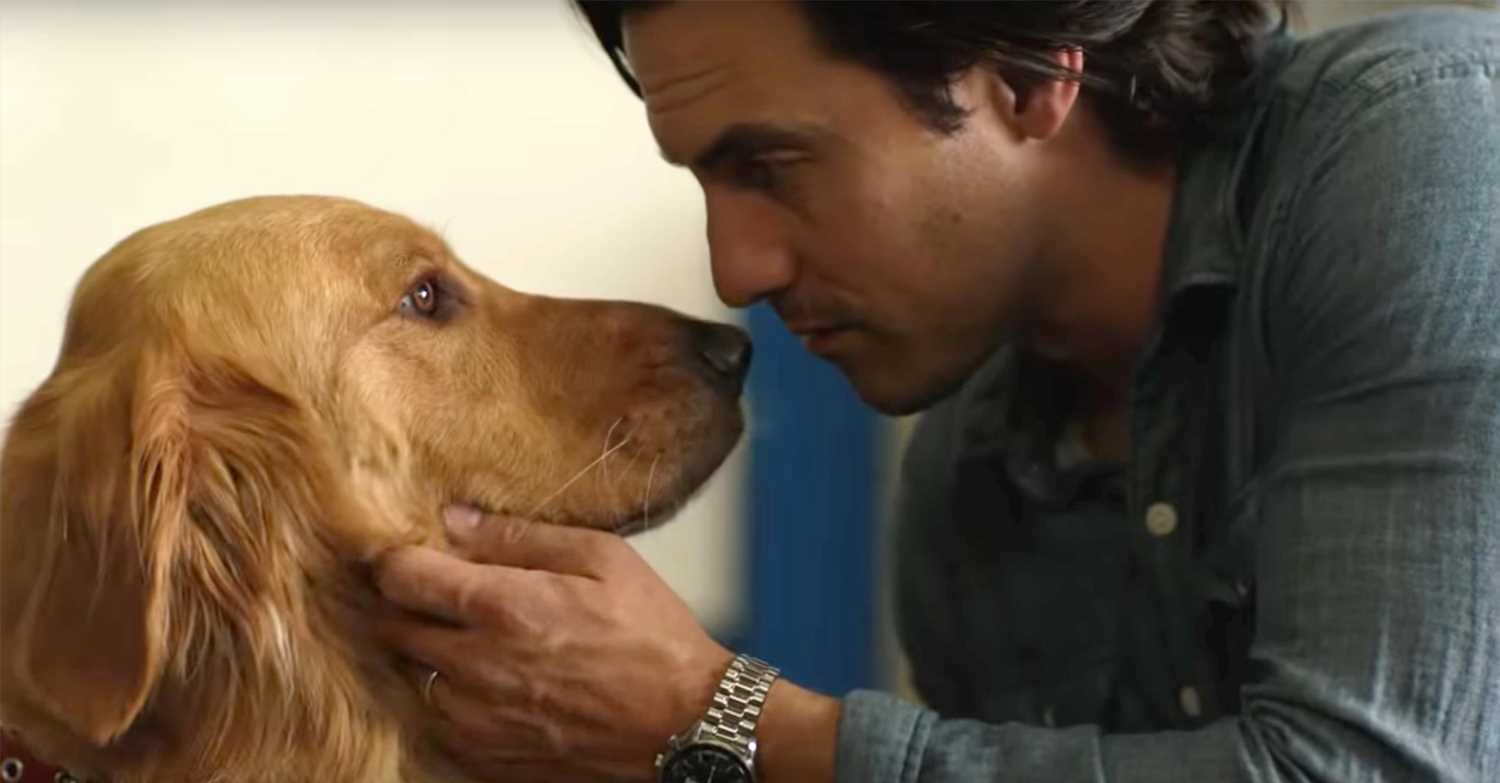 This Is Us star Milo Ventimiglia’s passion for an adorable, Kevin Costner-voiced Golden Retriever burns hotter than a Crock-Pot fire in the first trailer for The Art of Racing in the Rain.

The actor leads My Week with Marilyn helmer Simon Curtis’ big-screen adaptation of Garth Stein’s popular 2008 novel, a comedy-drama told from the perspective of a family dog, Enzo (Costner), whose loving presence lifts his owners’ spirits as they wade through career struggles and personal setbacks.

Told from the perspective of Enzo, the film charts the pup’s life from his early days with an aspiring Formula One race-car driver, Denny (Ventimiglia), to his owner’s marriage to Eve (Amanda Seyfried).

“No one knows what curves life will throw at you,” Enzo says in the trailer over scenes of Eve’s pregnancy, a scene involving an ambulance, and a shot of Denny racing through inclement weather. “But, if a driver has the courage to create his own conditions, then the rain is simply rain.”

The Art of Racing in the Rain — also starring Gary Cole and Martin Donovan — opens Aug. 9. Watch the film’s trailer above.