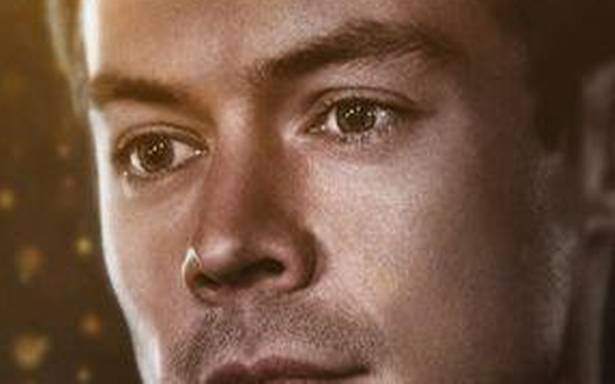 Having officially joined the Marvel Cinematic Universe, musician-actor Harry Styles is set to portray Eros who is supervillain Thanos’ brother and the Royal Prince of Titan

In a new poster released by Marvel, former One Direction singer and Dunkirk actor Harry Styles has officially been confirmed to be the mysterious Eros in the fourth phase of the Marvel Cinematic Universe. Says Marvel Studios in an official statement, “Meet the Royal Prince of Titan, brother of Thanos, the Knave of Hearts, defeater of Black Roger, the great adventurer, Starfox!”

Styles appeared in Eternals’ mid-credit sequence as he and his assistant Pip the Troll (Patton Oswalt) visits Thena (Angelina Jolie), Makkari (Lauren Ridloff), and Druig (Barry Keoghan) and offers his help. He introduces himself as another Eternal, his armour in a red and white comic-book costume while the material and design are pretty similar to those seen in the film. He reveals the reason they have not heard from Sersi and the others is because Arishem the Judge, a Prime Celestial, has taken them — and he knows how to find them.

Eros, as he appears in the comic books | Photo Credit: Marvel

The poster is styled the same as the film’s other character posters with Eros surrounded by glowing, golden light, giving him the celestial, otherworldly appearance of an Eternal.

So, who is Eros AKA Starfox?

Styles enters the MCU in what may turn out to be a key role later on, as one of Marvel’s most powerful heroes and possibly the key to opening up the cosmos to their more Earthbound heroes. Better known by his alias, Starfox, he possesses various superhuman attributes derived from his Eternal physiology: manipulate cosmic energies, teleportation, immortality, control of gravitons and even pleasure stimulation of those within 25 feet of him. He even becomes an Avenger at some point.

In the comics, Eros is the youngest son of two Eternals A’Lars and Sui-San, who grows up to be a fun-loving, carefree womaniser (who is later taken to trial for allegations of sexual assault) in contrast to his brother power-hungry Thanos.

Currently, Styles is in post-production for 2022 drama-horror Don’t Worry Darling, directed by Olivia Wilde. The film follows a 1950s housewife who lives in with her husband in a Utopian experimental community, but later begins to worry about the disturbing side of this lifestyle. He will also be seen in My Policeman alongside The Crown actor Emma Corrin.