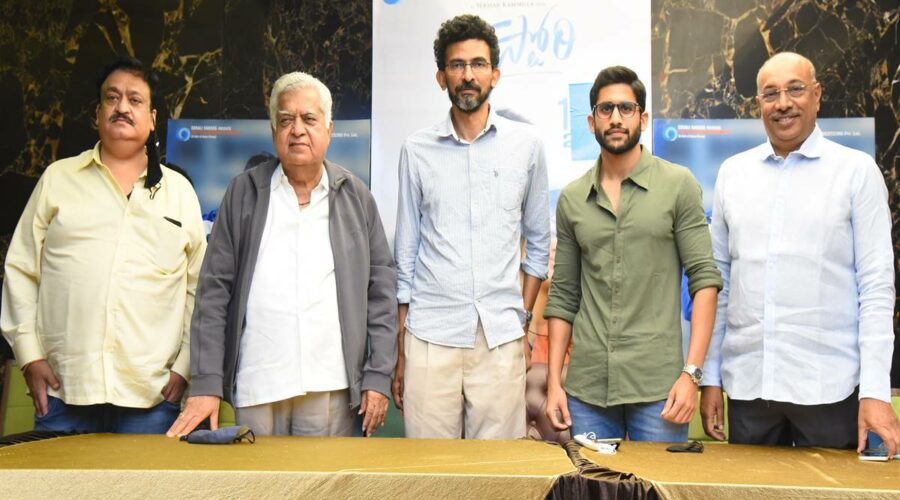 Naga Chaitanya and Sai Pallavi-starrer Love Story, which was supposed to be released on April 16, is now postponed due to the surge in the coronavirus cases. The makers of the movie announced it in a press meet held in Hyderabad. The new release date for the film will be announced soon.

Naga Chaitanya Akkineni, along with producers Suniel Narang, Narayan Das K Narang, and director Sekhar Kammula was present at the press meet to reveal the reasons behind their decision to postpone the release of Love Story.

Director Sekhar Kammula said, “The production work for Love Story was completed, and the film has shaped up quite well. Due to the Covid-19 pandemic (in 2020), we have waited for one year to watch the film in theatres. But, judging by the ongoing scenario, it looks like the cases are going to increase by the time of the film’s release (on April 16). Love Story is a movie that can be enjoyed by all. Because of the increase in Covid cases, people may not come to the theatres to watch the film. So, we decided to postpone our film’s release. The new date for the same will be announced soon.”

In the press meet, actor Naga Chaitanya looked quite confident about the film’s success at the box office. He said, “10 days back, Sekhar Kammula showed me Love Story, and it left me excited. Since then, I started looking forward to the film’s release on April 16 to know the audience reaction in theatres. But unfortunately, the entire situation changed within these 10 days. In a situation like this, it is not ideal to have the film’s release, and it is also unfair to expect audience to be in the theatres. So, we decided to postpone it. We will come up with a new release date very soon. I strongly believing in the content of Love Story. Even though the movie is coming out a little late, I have confidence that the audience would encourage good content.”