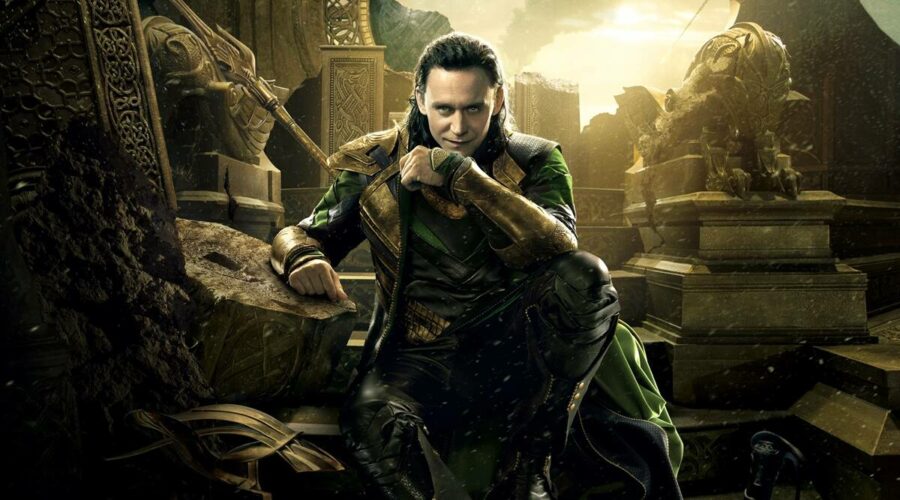 Disney+ series Loki continues the adventures of Tom Hiddleston's supervillain of the same name. Before watching it, let's revisit the journey of Loki in the Marvel Cinematic Universe. 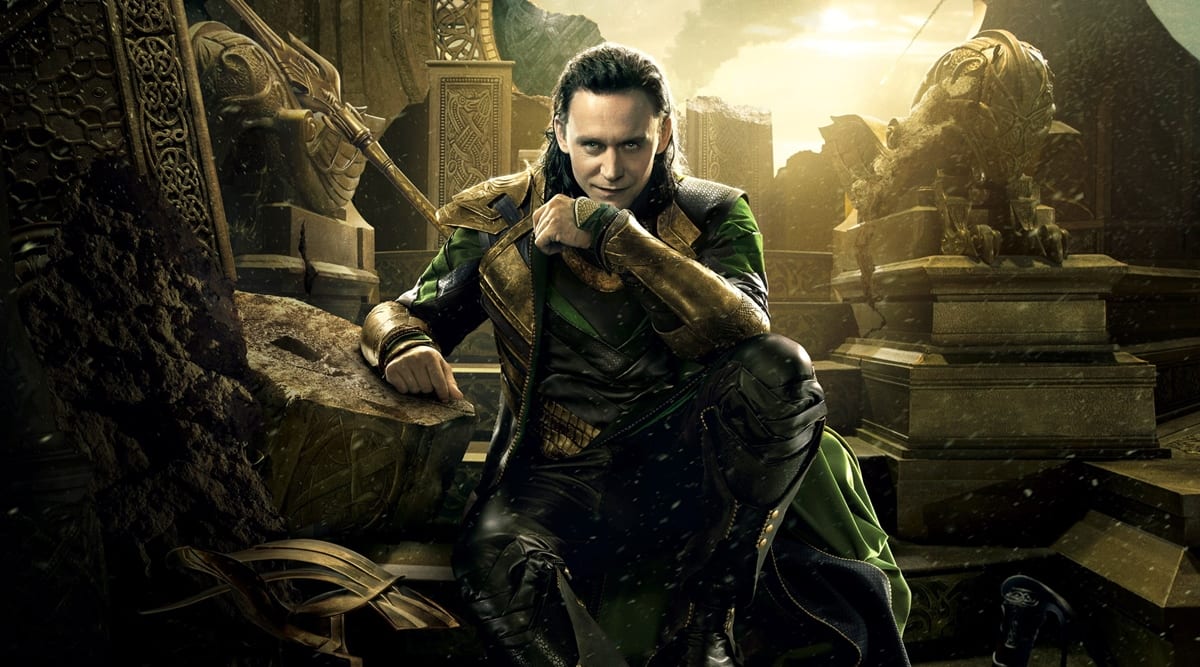 Loki is a Disney+ MCU series that continues the adventures of Tom Hiddleston’s supervillain of the same name. Although Loki died in Avengers: Infinity War, the series tracks escapades of the character in a new timeline after he escaped with the Tesseract (or Space Stone) in Avengers: Endgame when the superheroes travelled back to the Battle of New York to retrieve Infinity Stones.

Let’s revisit the journey of Loki in the Marvel Cinematic Universe.

One of the most popular MCU characters, Loki has been around since 2011’s Thor. We are introduced to him as the God of Thunder’s brother. Thor is being crowned the next king of Asgard, but the enemies of the Asgardians, the Frost Giants led by Laufey, attack Odin’s vault to reacquire the source of their power: Casket of Ancient Winters that Odin had wrenched from them after defeating them in a war. A vengeful Thor, refusing Odin’s order, attacks their abode Jotunheim, along with Loki and the Warriors Three: Volstagg, Fandral, and Hogun. It is there Loki discovers he is the son of Laufey, and is a Frost Giant in reality who was adopted by Odin and Frigga as a baby.

Thor is stripped of his powers and banished to the earth by Odin. Loki goes to the earth and tells Thor that he is stranded here for eternity and can never go back to Asgard. Loki then meets Laufey to make a deal to kill Odin. But when they arrive to kill Odin, he kills Laufey instead. Apparently the attack on Odin’s vault and the deal with Laufey was all a ploy of Loki to make himself worthy in front of All Father’s eyes.

Thor comes back to Asgard and fights with Loki. Odin wakes up from Odinsleep. As Thor destroys the Bifrost bridge to stop Loki from decimating the entire race of Frost Giants, they both begin to fall into the abyss. Odin saves them but refuses to see Loki as worthy. Loki, hurt, falls and seemingly dies. This is not the last time he fakes his own death.

Between his fall and apparent death and the events of The Avengers, Loki has brokered a deal with the Mad Titan Thanos and his minion, The Other. While Thanos would achieve his own goal (that we later learn was to destroy half the universe), Loki will rule the earth. The god of mischief is given a sceptre with a blue stone that can help influence the minds of his enemies and make them more pliable. (It is later revealed that the blue stone is actually yellow in colour and is called the Mind Stone).

Loki influences Erik Selvig, who was working with S.H.I.E.L.D to study the Space Stone and to create a portal for him from space to the earth. Loki arrives and mind-controls Selvig and Clint Barton (Hawkeye) to work for him. Despite Nick Fury’s best attempts to stop him, he escapes with the Tesseract.

Loki gathers his army, and travels to Stuttgart, Germany, to acquire iridium, which will, as per Selvig, stabilise the portal created by Space Stone to allow the Chitauri army into the earth.

He terrorises the visitors to the museum, and behaves like a space Nazi. With Hawkeye’s help, he gains iridium. As he prepares to kill a dissenter from the crowd, Captain America appears and tries to stop him. When he gets overpowered, Tony Stark arrives and subdues Loki, who submits and is captured.

As Loki is being carried to captivity, Thor arrives and takes Loki to another location. He confronts him and asks him to surrender the Tesseract and return to Asgard. Tony Stark arrives and he and Thor fight. Cap intervenes with his admantium shield.

Loki is taken into the custody aboard the Helicarrier. But he looks too happy for a man held captive.

And true enough, he wanted to be caught like Joker in The Dark Knight. He tells Black Widow that he plans to use the Hulk to destroy the Avengers. When she goes to warn others, he smiles, revealing that he intended to sow doubts in the Avengers regarding the Hulk.

Barton and other rogue S.H.I.E.L.D agents attack the Helicarrier. Loki is freed and uses his illusion power to trick Thor into his cell. Loki also stabs Agent Phil Coulson in the back when he confront him with a prototype gun.

Loki and Tony Stark meet at the Stark tower, with the latter having figured out Loki’s plan to invite the Chitauri to do his bidding. As Tony is thrown off a window, he suits up as Iron Man and blasts Loki.

The Chitauri arrive and Tony leaves Loki to stop them.

As Loki enjoys the impending destruction, Thor lands and they fight again. Meanwhile, the Avengers, now reunited, are prepared to take on the Chitauri. Loki betrays Thor again and stabs him with the scepter, but the latter overpowers him.

As the Chitauri are destroyed and the portal closed thanks to the combined efforts of the Avengers, Loki finds himself fighting Hulk and slams him repeatedly on the ground. Eventually, he finds himself staring into the Avengers.

Loki is now in an Asgardian prison. When the Dark Elves led by Malekith invade Asgard to take over the Nine Realms. Loki, still imprisoned, directs Malekith’s lieutenant Algrim to Frigga. Malekith kills Frigga and Loki looks shocked. Thor and Loki once again band together to avenge Frigga’s death and despite Odin’s orders, they and the Warriors Three leave for Svartalfheim, the Dark Elves’ realm.

Thor, Loki, Jane Foster and others fight to stop Malekith’s nefarious designs. While everything turns out well in the end, Loki is fatally injured while trying to save Thor and dies (again). After everything goes down, Thor returns to Asgard and apprises Odin about Loki’s sacrifice. He refuses the throne and leaves.

And we learn that “Odin” ruling Asgard is actually Loki in disguise, who, again, survived somehow.

Thor is yet to return to Asgard. In the meantime, Loki, still disguised as Odin, has erected statues of himself and is living a decadent life as the ruler of the realm. Thor arrives eventually and instantly finds out that he is actually Loki. He demands to know where Odin is. They, with the help of Doctor Strange, find Odin, who is just getting ready to leave the mortal realm for Valhalla. Soon after his passing, Hela arrives and blasts them both to different corners of the universe. They both eventually meet at Sakaar, a planet ruled by the Grandmaster (Jeff Goldblum), who oversees dictatorial battles in which warriors unwillingly fight to the death. Loki has cleverly manoeuvred himself into the inner circle of the Grandmaster. Thor finds Hulk and along with Bruce Banner and Valkyrie, a fallen Asgardian who brought him to Sakaar, they proceed to liberate Asgard from Hela. They also involve Loki in their plans. Loki, however, again tries to betray Thor. He is nothing if not consistent. Thor, however, had guessed it and betrays him back and leaves him on Sakaar.

Loki arrives to save Thor and others from the wrath of Hela with the warriors who fought for the Grandmaster. When Hela is found to be too powerful to be taken down, they leave the place to be destroyed by Surtur along with Hela. They leave for the earth but are stopped by Thanos and his forces.

In the beginning of the movie, we see many Asgardians are dead, and Thor and Loki are about to die. Loki unleashes the Hulk on Thanos, but the Mad Titan subdues him easily. Loki offers a partnership to Thanos but it is actually a plot to kill him. Thanos finds this out quickly and strangles Loki to death. And this is the third and final time Loki dies. “No resurrections this time,” says Thanos after doing the deed.

In this movie, we see Loki in the immediate aftermath of Battle of New York. Amid the kerfuffle, he finds the Tesseract and escapes with it.

06/10/2021 TV & Movies Comments Off on Loki: Let’s retrace the journey of Tom Hiddleston’s God of Mischief in MCU across 6 movies
India