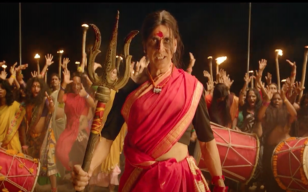 The film is the remake of Tamil movie ‘Muni 2: Kanchana’ and is directed by Raghava Lawrence

The trailer of Laxmmi Bomb, starring Kiara Advani and Akshay Kumar, has been released.

The horror-comedy sees Akshay’s character being possessed by the spirit of a transgender person who is out to seek revenge, resulting in a series of incidents that terrifies his wife (Kiara) and the rest of his family.

Laxmmi Bomb is the remake of Muni 2: Kanchana from the blockbuster Tamil franchise Kanchana, and is directed by Raghava Lawrence. The film will release on November 9 on Disney+ Hotstar.