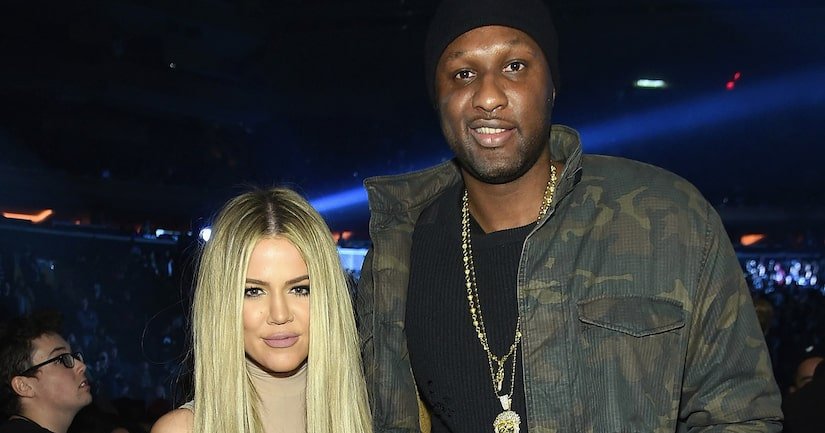 “I couldn’t believe how I was treating that queen like that,” he says now.

In a shocking revelation from his new memoir, "Darkness to Light," Lamar Odom confessed he once threatened to kill Khloe Kardashian during one of his drug-fueled rages.

The former basketball star and ex-husband to Khloe opened up about his book on "Good Morning America" on Tuesday, where he was asked about one particularly troubling incident he wrote about from their marriage.

"I’ll [expletive] kill you. You don’t know what I’m capable of," Odom said to Kardashian in an excerpt from the tell-all. The two married in 2009 after just one month of dating.

"I’m pretty sure she had to be scared at that point in time," he said on GMA. "I’m thinking about it now, like, I couldn’t believe how I was treating that queen like that."

When asked if he ever apologized to Khloe, he said, "I don’t think I have" and added he owes both "her and her family an apology. Big time."

Looking back, Lamar said he "loved" the limelight that came with being married to the reality TV star, which led to their own spinoff show, "Khloe and Lamar."

"A red carpet is rolled out for you everywhere you go. What’s not to love about that?" he explained. "And at that time, when we shot our show, I was playing really good basketball."

At the same time, however, he was also deep in drugs and cheating on his wife. "When you’re married, you don’t want your wife to know that you’re sniffing coke and having sex with other women," he added.

In 2015, Odom was hospitalized after overdosing at the Love Ranch brothel in Nevada following a four-day bender. "I was thinking about trying to go have fun," he recalled, "I wasn’t thinking, being selfish."

He went to rehab, but admitted that he still smokes marijuana regularly, "just to help with some anxiety." Adding that he smoked the day before the GMA interview, Odom said, "it helps cool me down."

"Everybody’s path, in rehab and after rehab is going to be different," he explained. "What’s gonna be good for you, might not be good for me."

His book, "Darkness to Light," is out now.