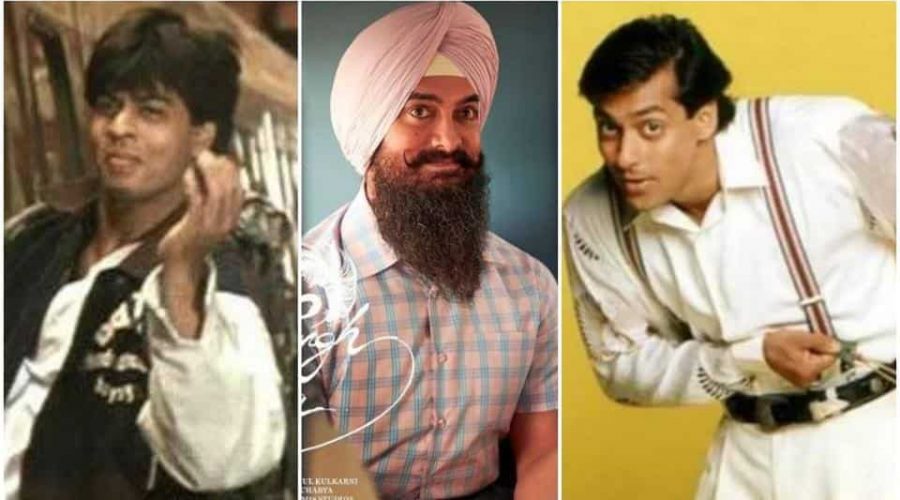 Actor Shah Rukh Khan has reportedly shot a cameo for Aamir Khan’s upcoming film, Laal Singh Chaddha. It has further been claimed that the film’s director Advait Chandan wants Salman Khan to also have a brief role in the film as well.

Laal Singh Chaddha, starring Aamir and Kareena Kapoor Khan, is the official Hindi remake of Tom Hanks’ Hollywood classic, Forrest Gump. Aamir plays a Sikh character in a film that has been written by Atul Kulkarni. The film will also star Tamil actor Vijay Sethupathi in an important role. The film, like the original, will span over five decades in the life of the main character.

As per a report in Mumbai Mirror, Shah Rukh discreetly shot for the cameo in Delhi last month, before flying off to the UAE for the latest edition of Indian Premier League, where his team Kolkata Knight Riders, was participating. Shah Rukh’s character is set in the mid ’90s and he would be revisiting his character Raj Malhotra from Dilwale Dulhaniya Le Jayenge.

Quoting a source, the report said: “The screenplay weaves in iconic moments from each decade and since we love our matinee idols, Chaddha’s journey would be incomplete without certain top stars. So, during this journey of self-discovery. Aamir lands on the sets to Shah Rukh around the release of DDLJ and sharing his personal experiences, engages with the wonder world. He’ll go back to 1995 and look like a younger version of himself with the use of prosthetics and VFX.”

The report added that not just Shah Rukh, Advait wanted Salman to do a cameo too. Hence, Aamir had been trying to get Salman on board as well. He will reportedly play Prem from his Hum Aapke Hain Koun!, Main Pyar Kiya and Hum Saath Saath Hain avatars. “His Prem wooed the audience in the ’90s, from Main Pyar Kiya, Hum Aapke Hai Koun! to Hum Saath Saath Hai and Aamir is keen to get Salman back as Prem in his social dramedy. there’s a track set in 1989 that depicts a change in audience taste, from action to romance, and a craze around Salman. There are expected to finalise the details soon,” said the source.

Also read: When Sushmita Sen offered to help Renee find out about her biological parents, got this response from her

Neither of the two actors have confirmed the news. Before the coronavirus lockdown came into force in March this year, the film’s team had shot portions of the film in Chandigarh, Rajasthan and Himachal Pradesh. Kareena also completed her bit in October.