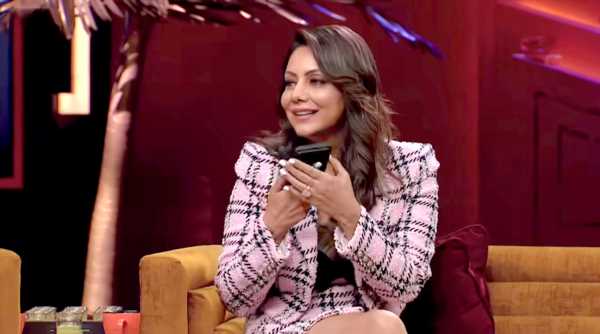 This week, Gauri Khan will grace Koffee With Karan with her friends, Maheep Kapoor and Bhavana Pandey.

The promo is already out and has Gauri talking candidly about her husband Shah Rukh Khan and their love story.

In the video, host Karan Johan asks Mrs Khan during the Rapid Fire round, ‘If your love story with Shah Rukh Khan had to be given a film title, what would it be?’

Well, Karan agrees with her answer saying their love story was indeed quite turbulent.

In the same episode, Gauri reveals an SRK habit that annoys her the most: ‘He is always seeing off guests to their cars. Sometimes I feel like he spends more time outside than inside the house during parties. Then people start looking for him. It makes me feel like we are having the party outside on the road rather than inside the house.’

In the Rapid Fire round, Maheep Kapoor makes a juicy confession.

When she’s asked, ‘If you are offered a film, which actor you would like to team up with?’, Sanjay Kapoor’s wife answers, ‘Hrithik Roshan.’

Johar can’t control his laughter and remarks with dripping sacrasm, ‘Really? What guts you have to say that’.

This episode of KWK 7 will stream on Disney+ Hotstar on Thursday, September 22. 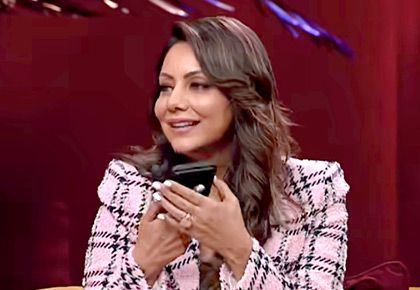