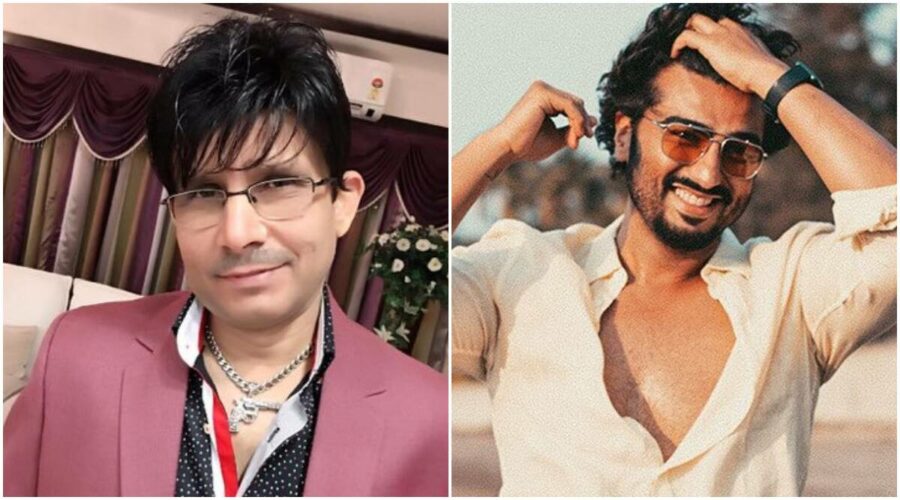 KRK thanked Arjun Kapoor for his support amid the legal battle with Salman Khan. Kamaal Rashid Khan, aka KRK, seems to be opening a bag of worms every day. After involving Govinda in his legal tussle with Salman Khan, and then taking a U-Turn, he has now named Arjun Kapoor as his ally on Twitter.

In a tweet on Friday, KRK wrote, “Thank you so much @arjunk26 (Arjun Kapoor) Bhai for your call and long discussion. Now I understood that you are only my real friend in Bollywood. And you are only real MARD who is not scared of anyone. Now I will never ever criticise your film.”

KRK has openly bashed many of Kapoor’s films in the past.

KRK is amid a legal battle with actor Salman Khan which started after the Radhe actor filed a defamation suit against Kamaal. While KRK maintained that it was after a negative review of Radhe Your Most Wanted Bhai, Salman’s legal team has clarified that the case was filed for defamatory allegations against the star.

KRK had recently involved Govinda in this issue by thanking him on Twitter, for his “love and support”, he then took a U-turn and said that he wasn’t referring to the film actor. His clarification came as Govinda said he has not even spoken to KRK and has no idea about his case with Salman.

In his clarification statement to IANS, Govinda had called KRK someone who creates “nuisance” and has an “agenda” by dragging him in the matter he has nothing to do with. He had said, “I do not even know in depth the exact problems between Salman and KRK but my name has been dragged in the matter.”

06/05/2021 TV & Movies Comments Off on KRK thanks Arjun Kapoor for support amid legal tussle with Salman Khan, calls him fearless
India