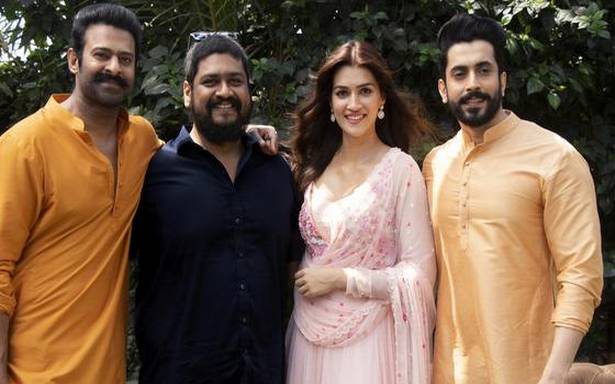 The film is an on-screen adaptation of Indian epic ‘Ramayana’ and features Prabhas as Lord Ram and Khan in the role of Lankesh.

Kriti Sanon and Sunny Singh have been roped in to star alongside Prabhas and Saif Ali Khan in period saga “Adipurush”, the producers announced on Friday.

The film, produced by Bhushan Kumar’s T-Series and directed by Om Raut, is an on-screen adaptation of Indian epic Ramayana and features Prabhas as Lord Ram and Khan in the role of Lankesh.

The movie is described as the celebration of “victory of good over evil”.

“Welcoming @kritisanon and @mesunnysingh to the #Adipurush family,” T-Series shared on its official Twitter handle, alongside pictures of Sanon, Singh, Prabhas and Raut.

Singh, best known for his film “Sonu Ke Titu Ki Sweety”, said he was thrilled to be part of “Adipurush”.

“Joining the celebration of good over evil, excited to be a part of the #Adipurush family,” he said.

“Adipurush” is a follow up to Raut’s blockbuster movie “Tanhaji: The Unsung Warrior”, starring Ajay Devgn and Khan, which released last year.