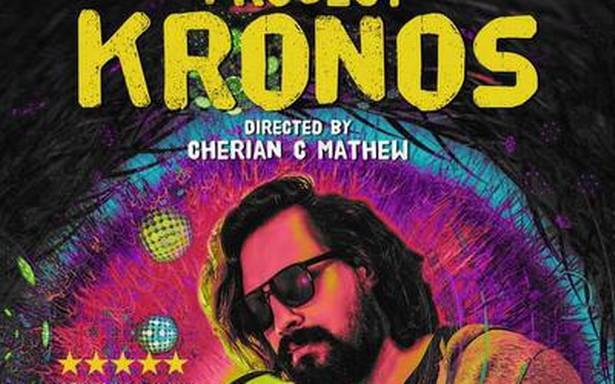 Satire meets sci-fi in ‘Project Kronos’, which is halfway between a short film and a full length feature

“Each time I approach people seeking a chance to direct, I am asked to show proof of work. So I thought, why not make a film and show what I can do,” he says

Cherian adds that it is a mini film because “it’s kind of halfway — longer than a short and shorter than a feature,” says the IT professional based in Kanjirapally near Kottayam.

A short film would not suffice, he says. “Five or 10 minutes is not enough to tell a story convincingly for the purpose,” he adds. Besides, he does not want to get ‘categorised’ as a maker of only short films.

Satire meets science-fiction and good old-fashioned action and drama in the film, which has picked up traction on YouTube, with over 1,77,000 views in under a week. The story is pegged on a scientist attempting time travel, looking for the elusive wormhole to go back in time and space to rescue the love of his life.

Since it is neither a short nor a feature, Cherian had to structure the narrative so that it does not get boring. The Christoper Nolan fan says he had the idea of time travel on his mind, but a serious take would demand a bigger budget so he decided to take this, lighter route.

“I chose a lighter narrative because the concept of time travel is complex, so I decided to tell the story simply. That way it is accessible to the viewer,” he says.

The film was scripted by Cherian and friend, Vishnu Premkumar, both of whom acted in it — Vishnu, the hero and Cherian the villain. The cinematographer is Cherian’s brother Joseph C Mathew. “Friends have been a big part of this project, I am grateful to each one of them,” he says.

An interest in films fuelled this project, which he hopes he will be able to show his skills.

“I hope when people see this, they will get a sense of my skills,” he says. “I want to make good stories, unique ones, of course, with commercial elements.”