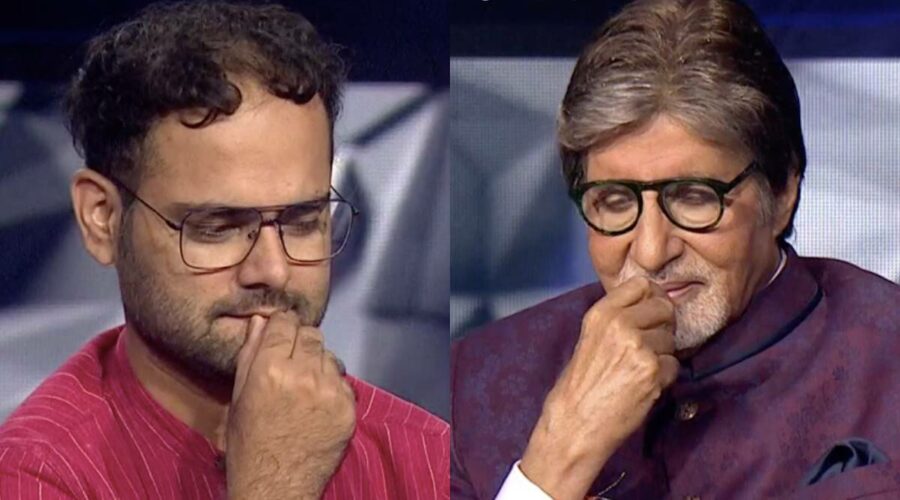 KBC 13: Hailing from Jodhpur, Rajasthan, Akshayjyot Ratnoo played the game well and won Rs 6,40,000 with the help of three lifelines. Sony TV’s quiz show Kaun Banega Crorepati 13, hosted by Bollywood’s megastar Amitabh Bachchan, has been keeping the viewers hooked to their television. Until now, the show has got one contestant who has won Rs 1 crore. On Tuesday, the show began with the fastest fingers first round which brought Akshayjyot Ratnoo on the hot seat.

Hailing from Jodhpur, Rajasthan, Akshayjyot is a student, who is preparing for civil services. He played the game well and won Rs 6,40,000 with the help of three lifelines. He moved on to the 12th question worth Rs 12,50,000 with the 50-50 lifeline. But he was not confident about the answer, hence decided to quit the game show with the prize money of Rs 6,40,000.

The question that Akshayjyot failed to answer on the show was, “Which of these places is supposed to have lent its name to the medical dressing ‘gauze’?” The options were: Gaziantep, Gazipur, Gaza, Ghaziabad.

Akshayjyot was not sure about the correct answer. So, he used the 50-50 lifeline. With this, he was left with two options, Gaza and Gazipur. Though he was sure of Gaza as the answer, he didn’t want to take a risk and decided to quit the show. Upon quitting, he guessed the answer as Gaza, which was correct. However, happy with his decision, Akshayjyot took home Rs 6,40,000.

The next contestant to take the hot seat was Akash Waghmare, a delivery person from Pune, Maharashtra. He won Rs 10,000 on Tuesday’s episode and will continue playing in Wednesday’s episode.

Kaun Banega Crorepati airs on Sony TV, from Monday to Friday at 9 pm.