Kareena Kapoor Khan posted a set of clicks from her time with sons Taimur Ali Khan and Jeh, and husband Saif Ali Khan at the Pataudi Palace. 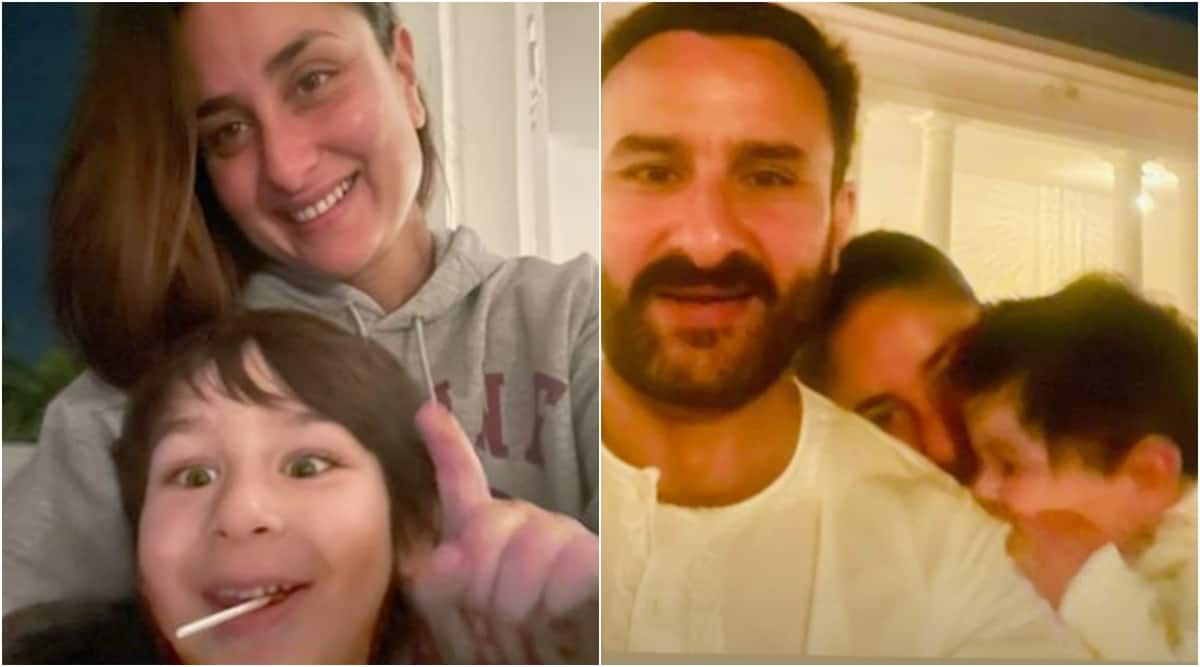 Kareena Kapoor Khan on Thursday took to her Instagram account and shared a unique set of photos and named them ‘chand series’. The actor posted a set of clicks from her time with sons Taimur Ali Khan and Jeh, and husband Saif Ali Khan.

In the first photo, she has captured the moonlit sky from the terrace of the Pataudi Palace, with the text “Chand series”. In the second photo, she’s posing with Taimur. She wrote, “With my Chand 1”. The third click is with Saif with a caption, “And the best for last.” The fourth pic however steals the series. It has a sleepy Jeh. Kareena wrote, “Between the Chand and his bedtime…but I managed yaay!! Series completed.” All the images have a love-struck emoji attached too. 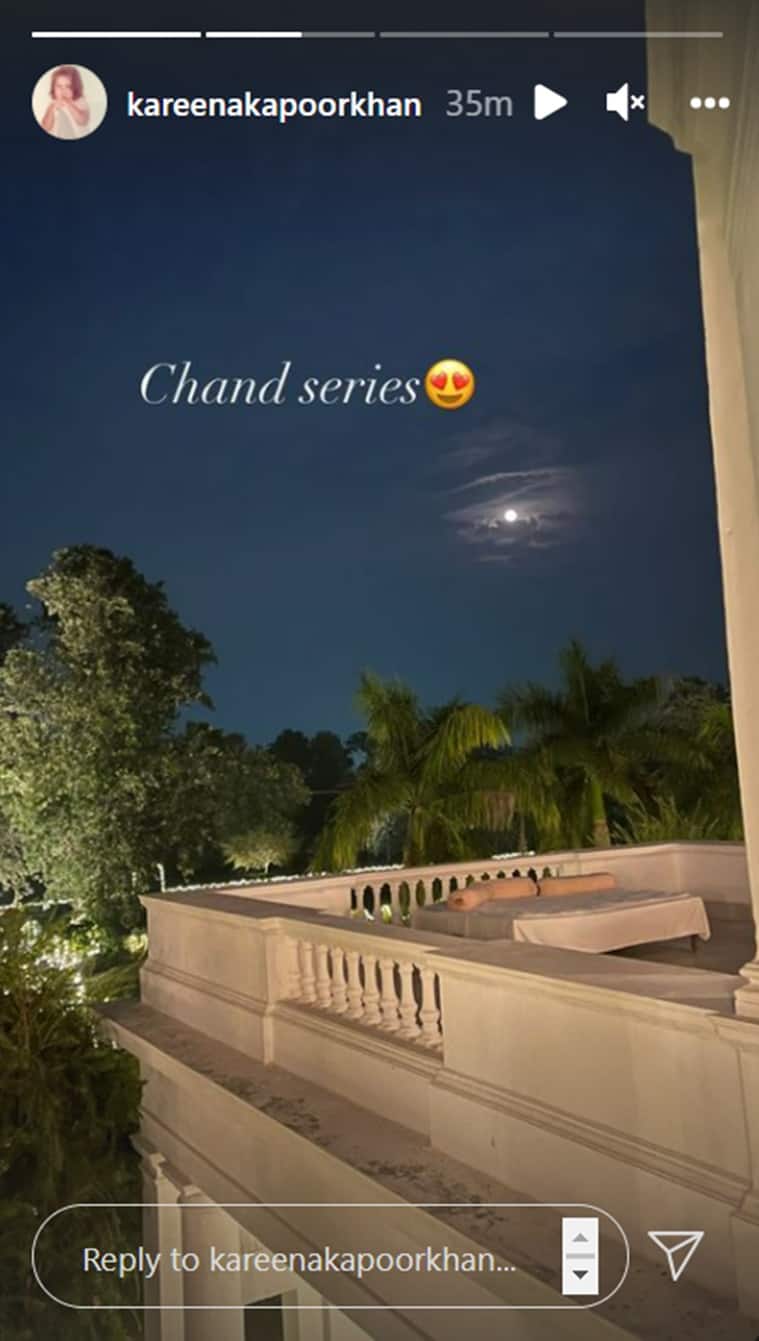 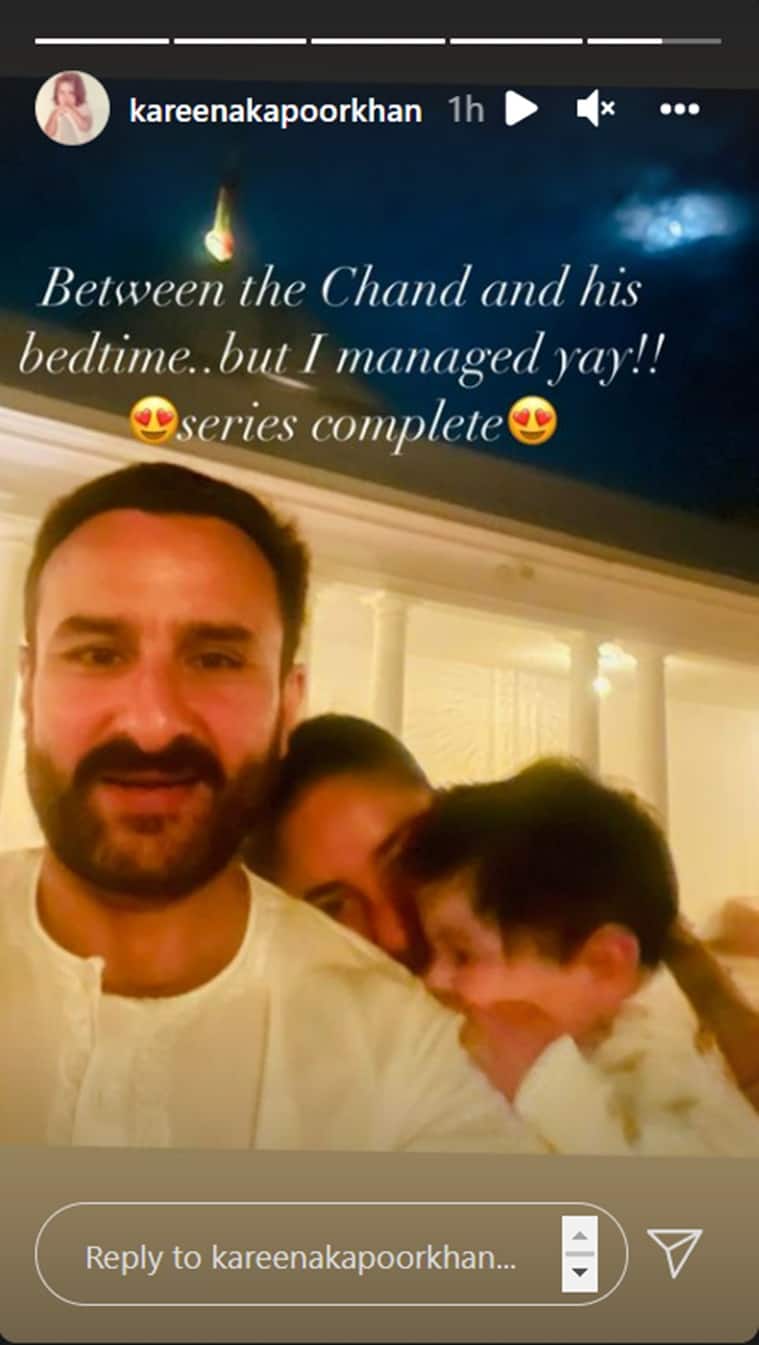 Kareena and Saif welcomed their second son Jeh earlier this year. Saif, who’s gearing up for the release of Bunty Aur Babli 2 on Friday, appeared in a special episode of The Kapil Sharma Show to promote the movie recently.

Saif has daughter Sara Ali Khan and son Ibrahim Ali Khan from his first marriage to Amrita Singh. Taimur and Jeh are his sons with Kareena.