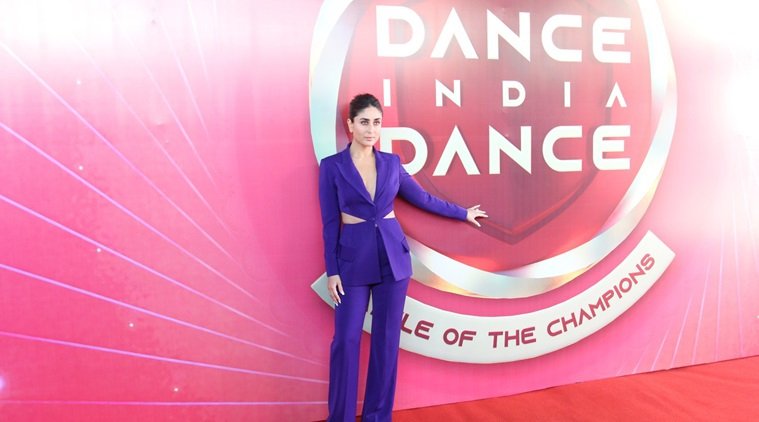 Kareena Kapoor is all set to make her television debut with Dance India Dance: Battle of the Champions. Hosted by Dheeraj Dhoopar, the reality show will also see Bosco Martis and Raftaar as the judges. While the Bollywood diva will add glam quotient to the show, she is also touted to be the highest paid female personality on the small screen.

On Thursday, Kareena Kapoor interacted with media at the launch of Dance India Dance 7. When indianexpress.com asked the actor about charging a bomb, she said, “You need to put a lot of hard work, especially on television. So definitely, the pay package has to be a good amount. And when a male judge can get it, why not a female judge? Also, it’s the first time that a mainstream actress has forayed into TV and a dance reality show at this point in her career. So, I think I have got what I completely deserve for the hours I will put in.”

The Jab We Met actor shares a warm relationship with filmmaker Karan Johar, who has judged numerous shows on television. When we asked Kareena if she took some tips from her friend KJo, she said, “I think he should be a contestant in one of the shows. He is such a great dancer and he performs on every show he does. I really hope someday we both do a show together. That would be fun.”

In the interview, Bebo admitted to being offered numerous other shows prior to Dance India Dance. “Television takes a lot of time, and after Taimur, I don’t work for more than eight hours. I am a working mother but I need my time with my son. I want to be home before he eats his dinner and that time, I spend only with him. This was the only condition I had while signing the show and the makers have been kind enough to balance my time,” she said.

Kareena Kapoor added that it is Dance India Dance’s authenticity and popularity that made her say yes. She said, “When the offer came to me, I wanted to try and see how it works. It is a different world but I am excited about the journey. Zee is such a big network with huge visibility. Also, DID is the biggest dance reality show and it gives a great platform for the people to showcase their talent. I don’t want to say it because I am doing it but DID is the only show that Saif (Ali Khan) and I have watched on TV. And now this will be the only show that we will watch (laughs).”

When a scribe further asked the Veere Di Wedding actor what kind of a judge she will be on the show, she smiled to say, “Honestly, I haven’t actually planned. This is my first time and it is as much as my journey as the contestants. I am actually more nervous than them. We will be guiding each other, and mirroring our journey. Also, I am not thinking so much as I want to do it from my heart. All I can say is that it is going to be quite interesting.”

05/30/2019 TV & Movies Comments Off on Kareena Kapoor on her big paycheck for Dance India Dance 7: Got what I completely deserve for the hours I will put in
India