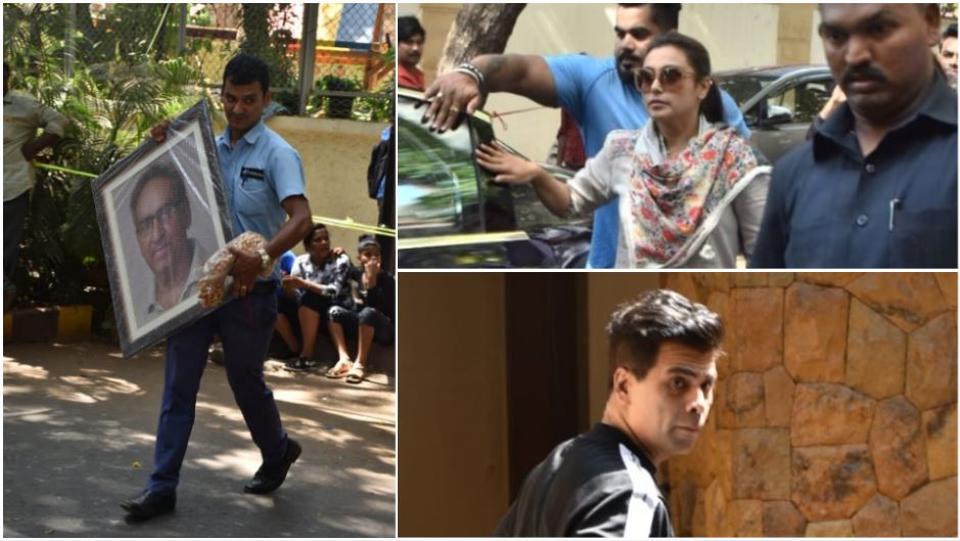 Action director and father of actor Ajay Devgn, Veeru Devgan, was cremated on Monday at Vile Parle Crematorium in Mumbai. A number of Bollywood celebrities including Amitabh Bachchan, Vidya Balan, Arjun Kapoor, Anil Kapoor, Sunil Shetty joined the bereaved family to pay their last respects. Those who could not meet Ajay and his actor wife Kajol on Monday, visited the Devgn residence a day later to support them in their hour of grief.

Kajol’s cousin and actor Rani Mukerji was spotted outside Ajay and Kajol’s home on Tuesday morning. Filmmaker and Kajol’s close friend Karan Johar, too, met the family. Karan recently hosted Kajol and Ajay on his chat show Koffee With Karan. The couple had a public fallout with Karan a few years earlier when Karan’s film Ae Dil Hai Mushkil clashed with Ajay’s Shivaay. They later resolved their differences and are now friends again.

Also read: Arjun Kapoor on confirming relationship with Malaika Arora: ‘I don’t want that story to be conveyed that we are still hiding’

Veeru was suffering from breathing problems after which he was immediately admitted to Surya Hospital in Santa Cruz. However, his condition turned critical and he suffered a cardiac arrest. Devgan has choreographed action scenes in more than 80 films including Hindustan Ki Kasam, in which his son Ajay played the lead alongside Amitabh Bachchan. He was also the producer of the film.