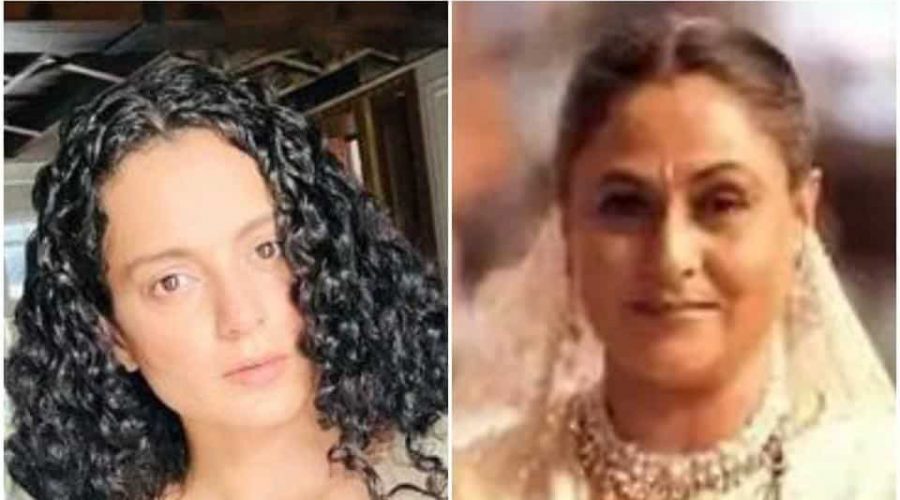 Actor Kangana Ranaut has said that she has charted her own path in the film industry, and was served nothing on a platter. Kangana’s remarks come a day after Samajwadi Party MP Jaya Bachchan questioned Kangana’s comments about the film industry being a ‘gutter’.

Kangana in a tweet wrote in Hindi, “What thali (plate) is Jaya referring to? The one that was offered to me to appear in a two-minute role, a romantic scene, item numbers — and that too after sleeping with the hero? I taught the industry feminism, decorated the thali with patriotic films, this is my own plate Jaya ji, not yours.”

Jaya had said on the second day of the Monsoon Session in Parliament, “People in the entertainment industry are being flogged by social media. People who made their names in the industry have called it a gutter. I completely disagree. I hope that the government tells such people not to use this kind of language. Jis thali mein khate hai usme chhed karte hai. Galat baat hai (they bite the hand that feeds, it’s wrong).” Previously, Kangana had called the film industry a ‘gutter’ and alleged that 99% of the people who work in it have been exposed to drugs.

Jaya’s comments came after Kangana’s sustained attacks on a few powerful members of the film industry, whom she refers to as the ‘movie mafia’. Kangana has alleged that the ‘movie mafia’ mistreats outsiders such as herself and the late Sushant Singh Rajput, whose death fuelled this debate.

After Sushant’s girlfriend Rhea Chakraborty was arrested by the Narcotics Control Bureau on drugs-related charges, the spotlight fell on the film industry, and the alleged drug consumption that takes place there.

Also read: Kangana Ranaut hits back at Jaya Bachchan, asks if her stance would change if Shweta, Abhishek were targeted instead

Many members of the industry, such as Sonam Kapoor, Richa Chaddha and Farhan Akhtar hailed Jaya’s comments, and appreciated her taking a stand for the rest of them. “I send my best regards to Jaya Ji. Those who don’t know, please see this is how the spinal cord looks,” filmmaker Anubhav Sinha wrote on Twitter.

09/16/2020 TV & Movies Comments Off on Kangana Ranaut responds to Jaya Bachchan’s thali comment: ‘They offered me 2 min roles, item numbers, that too after sleeping with hero’
India