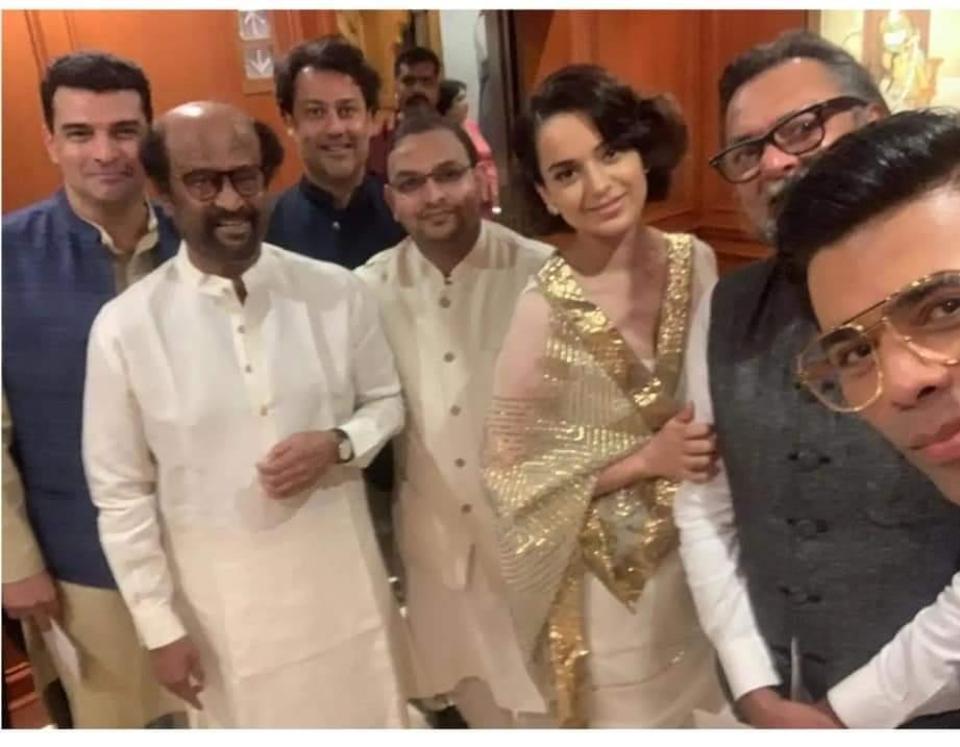 Filmmaker Karan Johar and Kangana Ranaut, who made the nepotism debate a hot topic in Bollywood, posed together ahead of PM Narendra Modi’s oath-taking ceremony. Karan Johar also tweeted the picture and Twitter could not stop but point out how Modi is a unifying factor for Bollywood.

In the viral photograph, Karan and Kangana, though standing apart, are seen happily posing for the photograph. Also seen in the frame are superstar Rajinikanth, Abhishek Kapoor and Rakeysh Omprakash Mehra. It seems Karan is clicking the image, and Kangana’s smiling face suggests she had no problem with it.

Two years ago, Kangana appeared on Karan’s chat show, and called the filmmaker a “flagbearer of nepotism” for favouring star kids in the industry. It had sparked a debate about the existence of nepotism in showbiz.

A slew of celebrities from the film industry, including Siddharth Roy Kapur, Abhishek Kapoor, Rajinikanth, Rakeysh Omprakash Mehra, Anupam Kher, Anil Kapoor, Kapil Sharma and Sushant Singh Rajput attended Modi’s swearing-in ceremony here on Thursday. Many even shared photographs from the occasion on social media. But the fact that Karan and Kangana were in one picture grabbed the attention of social media users.