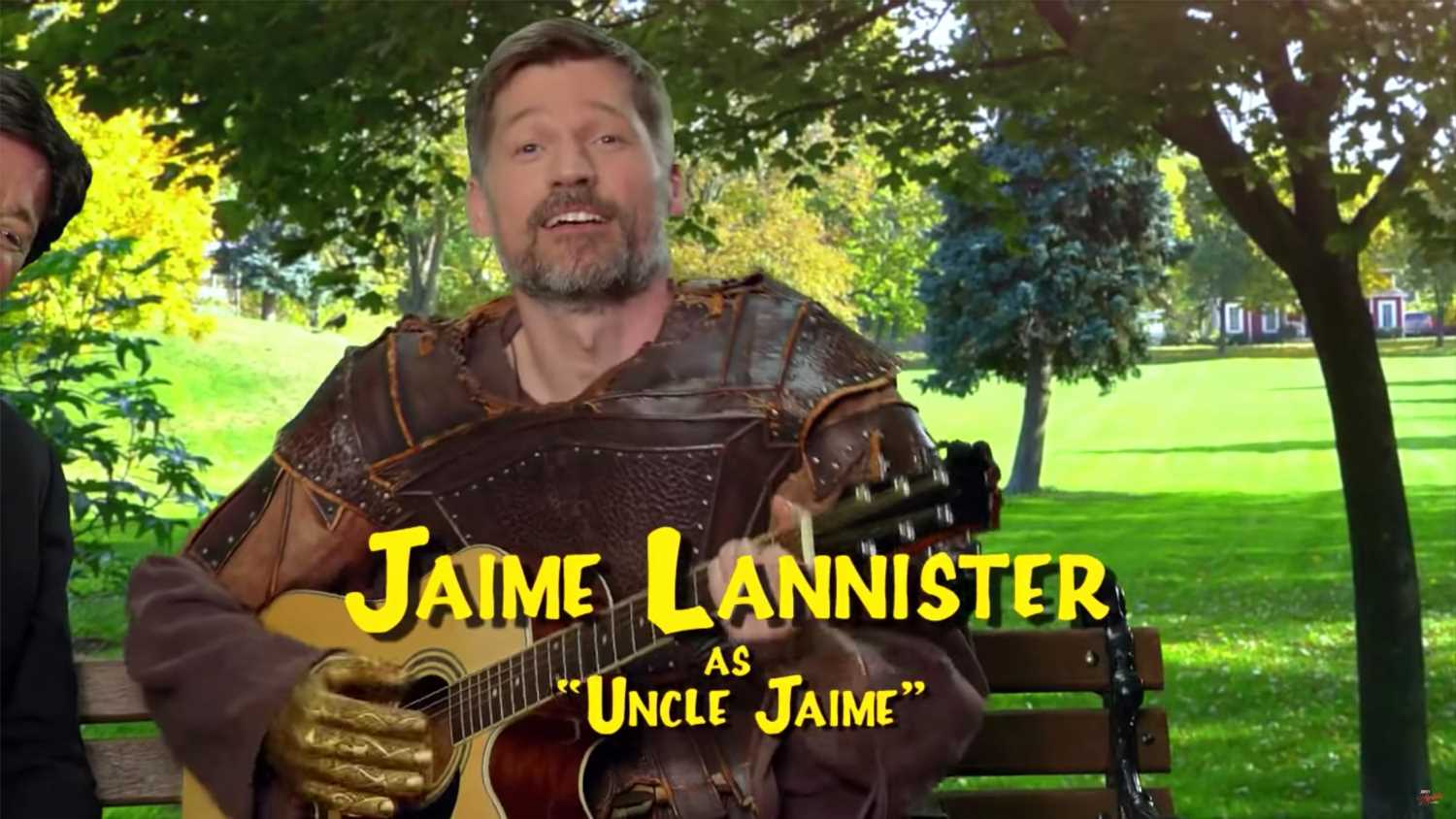 With news of all these Game of Thrones spin-offs in development for potential pick-ups, Jimmy Kimmel decided to stage his own with original series actor Nikolaj Coster-Waldau.

In a proposal that would definitely prompt cancellation and re-write petitions if it ever became a reality, Kimmel’s “Full House Lannister” sees a crossover between Full House and Game of Thrones. Jamie Lannister debuts in a sitcom format opposite Bob Saget and Dave Coulier to deal with some… issues.

Imagine the kind of jokes and family moments typical of Full House but with a Thrones spin. For instance, Uncle Joey comments how he’s “in a pickle” as Uncle Jamie breaks open a jar of pickles with his sword. And when Uncle Jamie needs some advice about his sister because he got her pregnant again, he gets some much-needed family advice: “Quit f—ing your sister.”

Since, in this sketch, the spin-off is a David Benioff, D.B. Weiss, and Mary-Kate and Ashley Olsen production, everybody dies at the end.