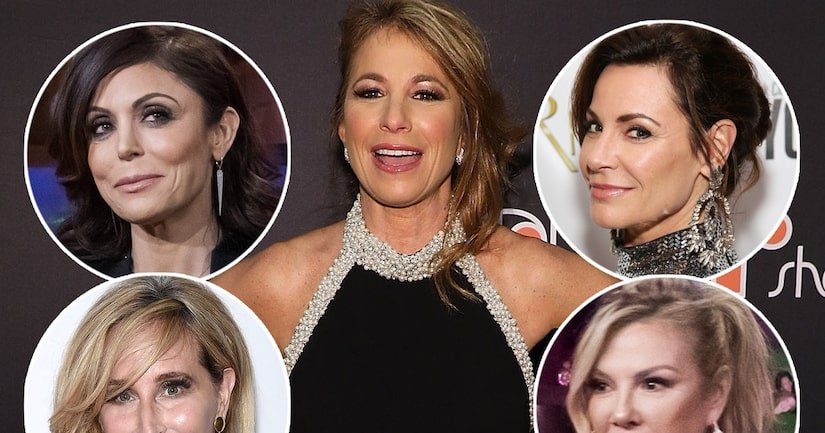 “I don’t know if they’re actually gonna have me on the show or not, which makes me a little sad,” the series OG says.

Although this season’s trailer for "The Real Housewives of New York" shows former castmember Jill Zarin making a brief cameo, it wasn’t the only cameo she wanted to make.

"I filmed this season three or four times, but I only aired once," the series OG said Wednesday while promoting her new area rug collection on TalkShopLive. "I might be on next week. I saw the back of my head in the commercial tonight in the red, cashmere-like cape."

"But the thing was, what I filmed was inviting them to a birthday party I was having, and they didn’t wanna come. The girls didn’t wanna do it, so it just never happened," she added. "So I don’t know if they’re actually gonna have me on the show or not, which kind of makes me a little sad."

Bravo has not yet responded to TooFab’s request for comment.

Jill also expressed uncertainty about her participation in the network’s first-ever BravoCon, which was announced earlier in the day.

"I don’t know if they’ll invite me or not or what that’s about, but I think it’s gonna be great for the fans," she said of the multi-day event taking place this November in New York.

Promoting her wine-stain-resistant rugs alongside boyfriend-since-December Gary Brody — who she jokingly introduced as her "friend with benefits" — Jill said she still has a lot of love for the cast and that, if she had to pick a favorite, it’d be Luann de Lesseps.

When Gary asked Jill what she took away from her four seasons on "RHONY," she said, "That you can change and you can grow."

Among the many "lessons" she says she learned is the concept that "there’s a balance between having too many friends, too much social — and having none."

"You wanna keep people around you who authentically care about you," she said, noting that she "got used" a lot during her years on the show, but not necessarily by her co-stars.

While Gary’s as charismatic as they come, he says he’s not necessarily dying to be on "RHONY." He would, however, do it if that’s what Jill wanted because he’d "do anything to support her."

"You’re the most important person in the world to me, and I see how hard you work and how you put your heart into everything you do," he gushed.

Jill said goodbye to husband Bobby Zarin in January of last year after he lost his long battle with cancer, but she’s confident he would’ve been happy with his successor.

In July of last year, Jill told Extra she believes "Bobby would have approved" of her new man. She also said her daughter, Ally Shapiro, is a fan.

"[Bobby] told me what he wanted for me. It was very sad, but he wants me to move on. He wants me to be happy," Jill told The Daily Dish earlier this year. "He wants me to work. He wants me to play tennis. He knows I love it, and he knows that that’s probably a good place for me to meet a nice guy. And he doesn’t want me to be alone. He’s not selfish like that."

Jill and Gary initially bonded over playing tennis as friends, and the rest — as they say — is history.

"The Real Housewives of New York" airs Wednesdays at 9 p.m. on Bravo.