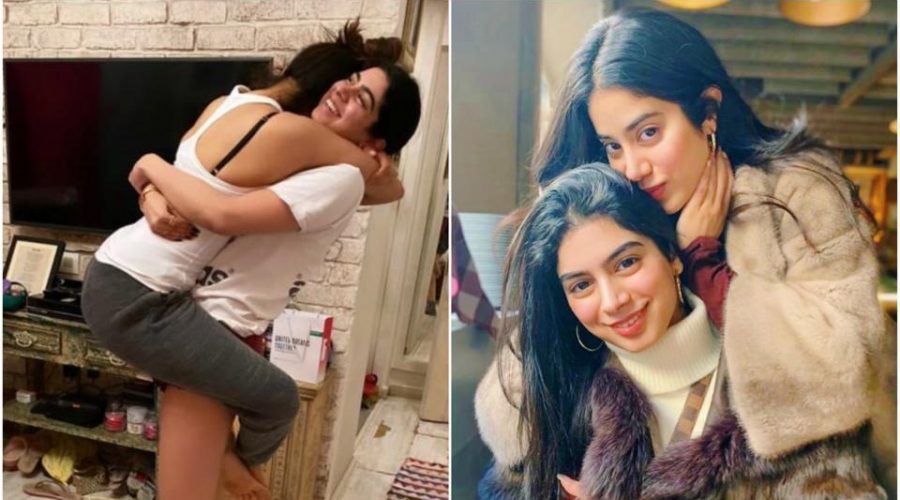 Khushi Kapoor, who is currently studying at the New York Film Academy, returned to Mumbai on Thursday night. She will spend the Christmas holidays with her family. A super-excited Janhvi Kapoor welcomed her little sister home with a squishy hug.

She shared a picture of the same on her Instagram story and wrote, “FINALLY,” along with a number of crying emojis.

Janhvi and Khushi share an extremely close relationship. On Feet Up with the Stars, the Dhadak actor said that while there is no sibling rivalry between them, stealing each other’s clothes is a bone of contention. “Only when she steals my clothes, I get pissed. We share our clothes, but we have this thing that if you steal without telling, then it’s a thing. At this point, I don’t care… She’s very righteous, so she is like, ‘You cannot take something without asking.’ She feels like she needs to inculcate manners in me. So that’s where it’s coming from,” Janhvi said.

Like Janhvi, Khushi also aspires to be an actor and will enter films after her two-year course at the New York Film Academy comes to an end.

Meanwhile, Janhvi is waiting for the release of Netflix’s Ghost Stories, which is an anthology of four short horror films directed by Karan Johar, Anurag Kashyap, Zoya Akhtar and Dibakar Banerjee. She features in Zoya’s segment.

Post that, Janhvi will be seen playing the titular role in Sharan Sharma’s Gunjan Saxena: The Kargil Girl. The film, which also stars Angad Bedi, Pankaj Tripathi and Manav Vij in key roles, marks her entry into the biopic genre. It is scheduled to release on March 13, 2020.