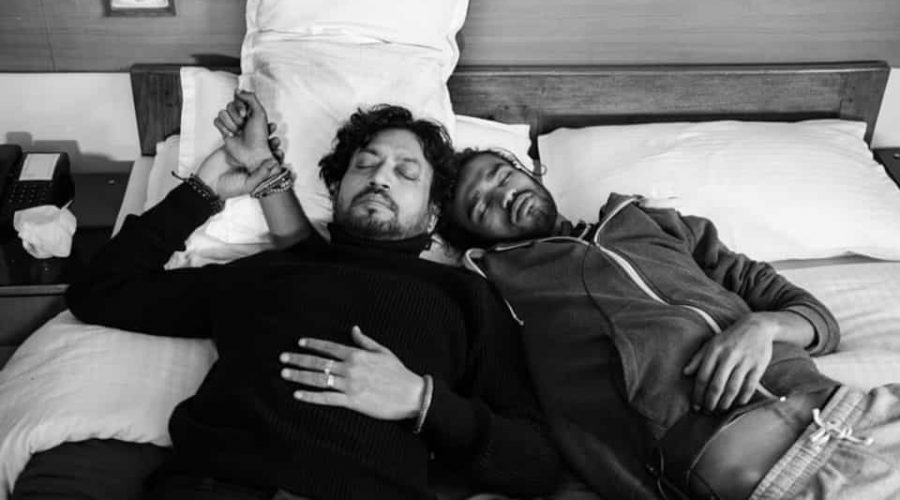 Late actor Irrfan Khan would have turned 54 on Thursday. Sharing a post about him, his elder son Babil talked about how the actor never believed in celebrating birthdays but this time, he could not forget his birthday even if he tried.

Babil shared an old video of Irrfan, his mother Sutapa Sikdar and younger brother Ayaan’s message for him. It showed Irrfan recording the video while Sutapa joined it, thinking that he was on a video call with Babil. Ayaan got a little nervous about record a message for his brother and tried to escape it.

Sharing the video, Babil wrote, “You never identified with institutions such as contractual marriage and birthday celebrations. Perhaps, that is why I don’t remember anyone’s birthdays because you never remembered mine and never encouraged me to remember yours. It was just normal to us what seemed absurd from the outside, we celebrated everyday (bringing personal experiential authenticity to the cliche). On the occasion, Mamma would have to remind us both; but this time I could not forget yours if I tried. It’s your birthday Baba. Shoutout to all the technologically inept parents, notice that they did not finish saying that they miss me.”

This is Irrfan’s first birth anniversary since his death on April 29, 2020. He died in Mumbai after a two-year long battle with neuroendocrine tumour. He was also diagnosed with colon infection.

Babil has been posting regular throwback memories and pictures with his father on Instagram since his death, giving a more intimate peek into the life and ideals that Irrfan lived by. On New Year, Babil shared a couple of pictures of the two of them to wish his followers. “On to the next one without you, still with your compassion. Public ko Happy new year,” Babil had written as caption.

Irrfan’s last release was Angrezi Medium, which released in March. His film, Song of the Scorpions will get a posthumous release soon.